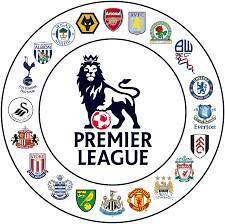 Manchester City moved 14 points clear of second-placed Chelsea on Sunday, and equalled a Premier League record in the process.

In 1994, on the morning of New Year’s Day, Manchester United sat 14 points clear of Blackburn Rovers at the top of the league table, the biggest gap between the top two clubs in the division.

But while City failed to seal victory against Crystal Palace on Sunday, a 0-0 draw meant that they matched their neighbours’ feat in building the biggest New Year lead in history.

Goalkeeper Ederson came to the rescue with a late penalty save, while injuries to Gabriel Jesus and Kevin De Bruyne ensured a rather anxious end to the year for the table-toppers.

City have won 19 games and drawn just twice this season, smashing the record for consecutive wins which stays at 18 in the process, and it would take a remarkable collapse for them to fail to win the title.