Pep Guardiola says Manchester City will not challenge for this season’s Champions League title unless they learn from their dramatic 3-2 win at Schalke with 10 men on Wednesday.

“We will not go far in this competition unless we improve,” said City manager Guardiola.

“At the end, the quality of (Leroy) Sane and (Raheem) Sterling made the difference. 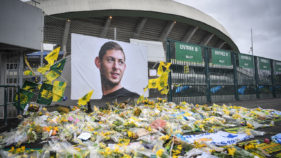 Nantes fined over use of flares in Sala tributes 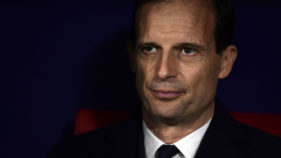 Allegri’s decisions under spotlight after Juventus swept aside 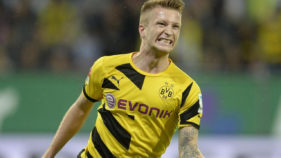 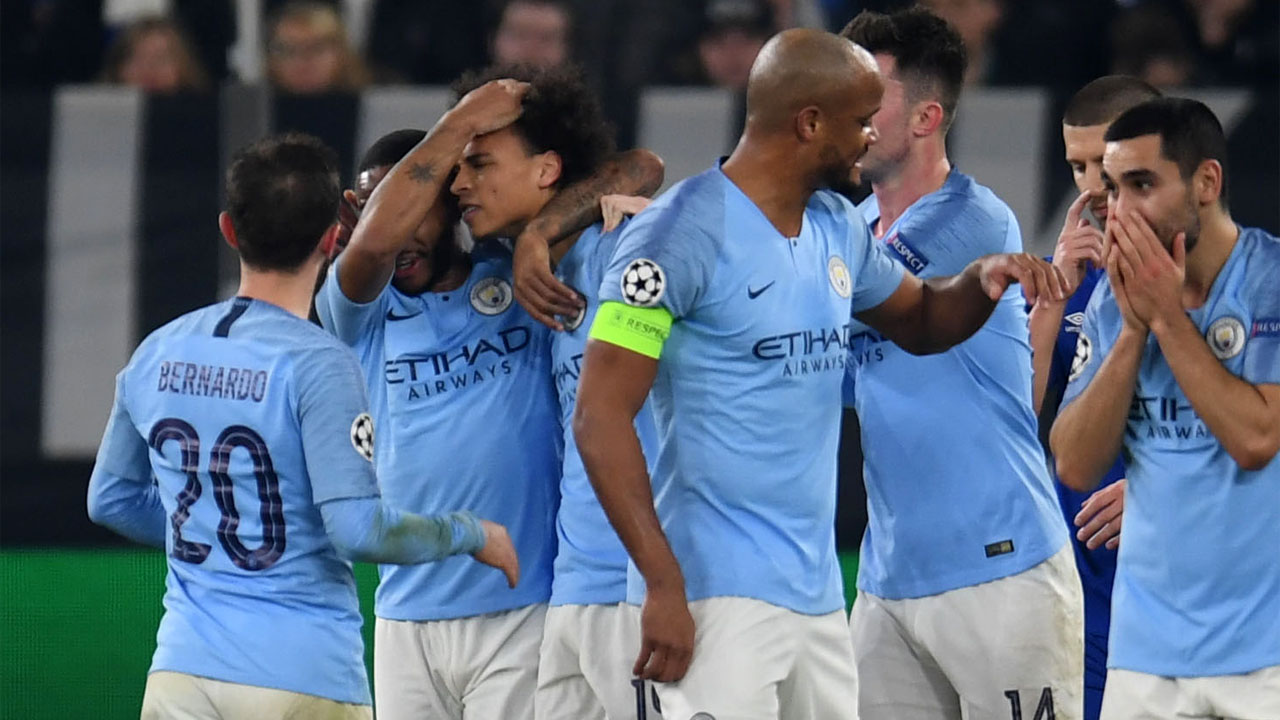 Manchester City’s German midfielder Leroy Sane is congratulated by teammates after scoring a goal during the UEFA Champions League round of 16 first leg football match between Schalke 04 and Manchester City on February 20, 2019 in Gelsenkirchen, Germany. (Photo by Patrik STOLLARZ / AFP)

Pep Guardiola says Manchester City will not challenge for this season’s Champions League title unless they learn from their dramatic 3-2 win at Schalke with 10 men on Wednesday.

“We will not go far in this competition unless we improve,” said City manager Guardiola.

“At the end, the quality of (Leroy) Sane and (Raheem) Sterling made the difference.

“The result is incredibly good, but we gave the first two penalties away and the red card, so we are not ready to fight for the Champions League.”

City were in real trouble at 2-1 down with 22 minutes left when Nicolas Otamendi was sent off before goals by Leroy Sane and Raheem Sterling in the last five minutes swung the last 16 tie back in their favour.

Schalke led at the break as the video assistant referee (VAR) twice intervened to award penalties, both converted by Nabil Bentaleb, cancelling out Sergio Aguero’s opener in Gelsenkirchen.

Sane, who came on for the last 12 minutes, drilled home a stunning free-kick to equalise and was delighted to score against his old club having joined City from Schalke in 2016.

“I wanted to shoot from that position as I have already scored from there and the goal gave us confidence, which set us up to win,” said the Germany international.

“We did not get start well, but I’m glad we won and getting three goals away is good.”

City still have some work to do in the return leg on March 12 with Fernandinho, who was booked when conceding the second spot-kick, and Otamendi both suspended.

Guardiola backs VAR
Despite a lengthy delay of over three minutes, after a technical error meant the match referee could not check Otamendi’s handball for the first Schalke penalty, Guardiola said he is a fan of VAR.

“The VAR needs time, they will improve, the screen was broken, next time they will be better,” said Guardiola.

“I support the technology, because they (referees) need the help.”

Guardiola’s main gripe with his side’s heroic display was that they leaked two goals despite Schalke only having two shots on target over 90 minutes.

“They hardly shot a goal on target and they got two goals, so we have some work to do,” said the Spaniard.

“To go away and score three goals, I am delighted, but it’s not enough at this level.

“We gave them the opportunities to be in the game and we have to improve on that.”

Overall, the City boss took more positives than negatives from the last-gasp win.

“Maybe it will help us, the result is incredible – if you had told me we would score three goals away, I would have signed for that straight away,” said Guardiola.

“I’m delighted, we showed personality – but we gave them options to be in the game.”

After leading the Premier League leaders and being on the verge of a famous European victory, Schalke coach Domenico Tedesco could barely hide his frustration.

“A 3-2 (loss) is definitely disappointing,” said Tedesco, whose Schalke side sit just above the Bundesliga relegation places.

“It is important we learn from this.

“We made two goals, even if they were penalties.

“We just need to be cleverer in certain situations.”