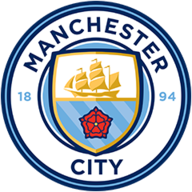 Manchester City have become the first ever team to score 100 Premier League goals in a single year after beating Bournemouth 4-0 at the Etihad Stadium.

Two goals from Sergio Aguero and a strike from Raheem Sterling took City to the 100-goal milestone before Danilo added another five minutes from time.

Pep Guardiola’s side still have two more league games remaining in 2017, as they face Newcastle United away on Wednesday and then travel to Crystal Palace on New Year’s Eve.

City became the first side in 35 years to score 100 goals in a single calendar year, with Liverpool reaching that landmark in 1982 when the Reds performed a miraculous comeback to go from being midtable at Christmas in 1981 to lift the First Division trophy under Bob Paisley.

Joe Fagan took charge for the 1982-83 season, and a strong start to the campaign set them up nicely to retain the title.