Matters Begging For Immediate Attention!
Mr President,
The time for accolades isn’t now, because you are yet to affirm your promised assurances. As much as I want to fully commend you for working on the SARS harassment situation off campus, your efforts are yet to yield full results. But we believe strongly that with your resilient team, and your positive resolve to represent our best interests, you’ll be able to achieve a good bargain for our safety.
That being said, your excellency sir, there are quite a number of very sad and appalling incidences on campus that have managed to survive right under your nostrils without proper attention being given to them. In a not too superfluous manner, I’ll go ahead to list each issue without prejudice to level of emergency.
1) Albanic Hostel Water and Electricity Life Threatening Situation.
We do not need the services of an Einstein to know that the effect of water and electricity coming together can be very disastrous. This very dangerous situation has sadly been the norm in Albanic hostel, where students pay #125, 000 and still have to pack rain water with buckets from their room whenever it rains. The resultant effect of this is are concrete walls shocking students in their own rooms. These students claimed to have reported to you several times with no result achieved yet. I believe it must have slipped your mind being a very busy person. I’ll recommend Mr President, that you direct the Welfare Secretary to see to it with immediate effect, and if nothing is done, the University management should be made to intervene. In addition to that, the students of that hostel have also complained about power supply not being as constant as they were promised, while the inhabitants do not have running waters for the most part of the day. There are some of our colleagues who’ve opted for the expensive choices of private hostels for medical reasons, and it’ll be unfair to deny them of services they paid for. I believe this is an issue the Welfare Secretary can be tasked to also work on. We look forward to immediate response within 48 hours, Mr. President. We trust that you can do it.
2. #5, 000 for bandwidth, yet no Internet.
I  personally remember Mr. President Sir, that during the Students’ Union Press Conference 2017, you assured us that Internet hot-spots in strategic places will be improved on, in order to facilitate an internet enabled ICT atmosphere to enhance learning. This was your response to Students asking for the bandwidth program to be scrapped. Unless the strategic places you promised were just COMSIT, CIS, AUDITORIUM/SENATE building, and Engineering, the bandwidth has only been a strategic propaganda. I do not believe the management of bandwidth should be as heinous as it is being made to seem, not when over 30,000 students have been made to pay a compulsory #5000 for the management of same. We do not need to do the maths, we only need to access services we paid for, for the remaining part of the session. UNILORIN students are tired of standing at Gtbank to have 1 hour Internet access on GT servers.
3. Refund for Starters’ Pack.
This is another very sad situation students are faced with. Even though the Starters’ Pack idea has almost been thrown into our yesteryears, there are victims of the project who have gotten neither their packs, nor their monies. I understand Mr. President that you’re not in charge of the University’s financial account, but you are in charge of representing the interest of these students. If perhaps it has also skipped your mind, this is a reminder to that effect. A smart negotiation with the University will assuredly lead to a positive result, we are positive. Students do not want to be told about heated arguments with inconclusive reports, we want negotiations with solutions. We still believe firmly that it is not too late to achieve it.

There are other very important issues happening on campus that needs your attention sir. We have outgrown weed all over the Campus with snakes cohabiting “peacefully” with students, we have the recurrent transportation situation that is not being managed effectively, and of course, the very distant relationship between the Students Affairs Unit ( its leadership) and Students of UNILORIN, as opposed to the promises made at the SUPC’17.
Mr. Ridwan, I write to you at this time not just because I need to call your attention to these pressing issues but because I know that you’ll work on them. Even though there has been a long period of what appears to be a state of hibernation, it is not too late to wake up from your executive slumber.

Students of the “Probitas Doctrina” University are in anticipation of ethical, wise, and well communicated responses on steps taken to tackle the problems highlighted. As students we promise to be law abiding and to always encourage peaceful negotiations; after all, together we can.
Yours in thought,
Akinyemi “Princely X” Adedeji,
theprincelyx@gmail.com. 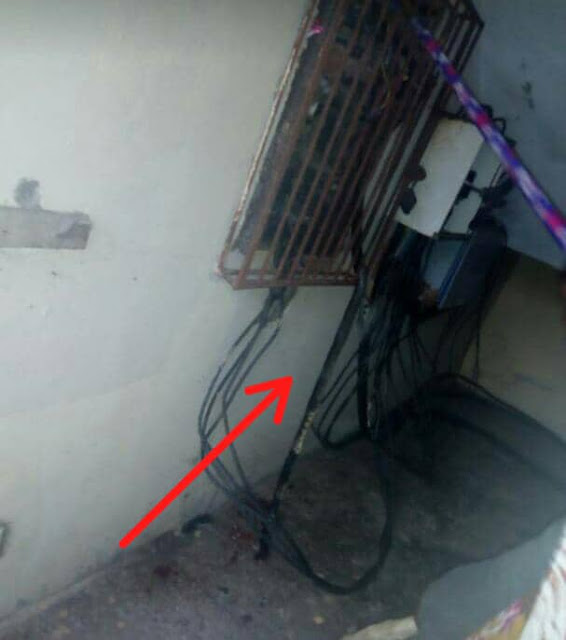