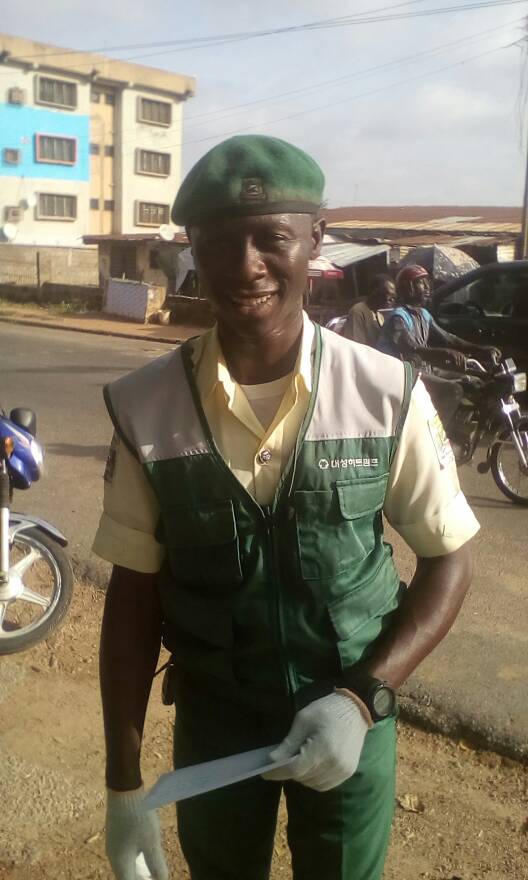 Some call him the “Traffic Robot”; others know him as “Mr. Ope”, Mr. Opeyemi T. Akindele is quite famous for the diligence and enthusiasm with which he does his job. Like other traffic men at different locations in Ilorin city, Mr. Opeyemi is a Traffic man at the four-way junction along Offa Road Ilorin, Kwara State. The enthusiasm and diligence with which he discharges his duties is stunningly impressive and has been admired by many Kwara indigenes for quite a while now.

Even more impressive is the rather acrobatic, vibrant and vigorously active manner in which he administers his traffic signals. Dressed in glossy black shoes; a pair of neatly-ironed green trousers; a rather sophisticated green vest worn over a sleeveless cream-coloured shirt; a stylishly positioned green beret with the KWATMA logo neatly attached to it; and a pair of white hand gloves, Mr. Opeyemi, with a cheerful smile of one who had just won a raffle, vibrantly administers his traffic signals in a manner that can be likened to one with whom low voltage Taser darts had just caught up.
The apparent efficacy of his efforts in ameliorating the daily traffic congestions in the area leaves one with a feeling of awe.
In an interview conducted by a UCJ correspondent, it was gathered that Mr. Ope had been doing the job voluntarily for about four years until he hit the jackpot on a day during which the governor of Kwara State- Governor Abdulfatah Ahmed, drove by, became impressed, and asked that he be employed and work with the Kwara State Traffic Management Authority (KWATMA). For Mr. Ope, though he had always dreamed of becoming a naval officer, the said day was a dream-come-true. He hence embraced the opportunity believing that he might achieve greater heights someday.
Mr. Ope despite noting that his job hasn’t been without challenges reinforced his sincere gratitude to “Kwarans” for their persistent support, encouragements, and words of advice. He expressed his concerns about the high level of unemployment that plagues Nigerian university graduates and the Nigerian nation at large which has left many seeking dishonest ways of making ends meet but went ahead to admonish the youths specifically saying that they should do with diligence whatsoever honest job they find themselves doing since whatever is worth doing at all is worth doing well.
He however appealed to the Nigerian government to see to it that policies and programs that are aimed at encouraging the youths towards harnessing their innate potentials and innovative capacities are brought to the fore.  He emphasized that the youths are an integral part of any nation, the forerunners of innovation and overall national development and further admonished the government to embrace youths in order that the incubus of abject penury which plagues a great deal of the Nigerian population might be ostracized and that the country might be made into a better place to live.
UCJ, UNILORIN. 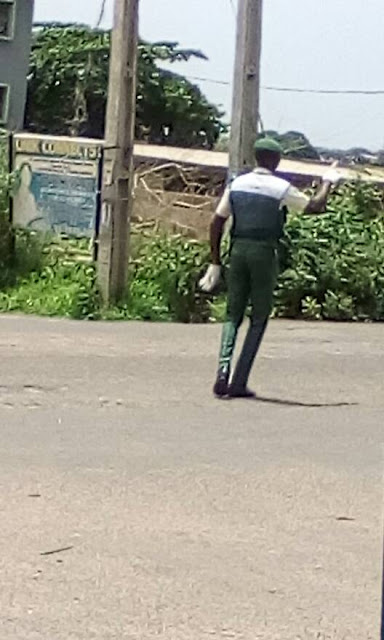 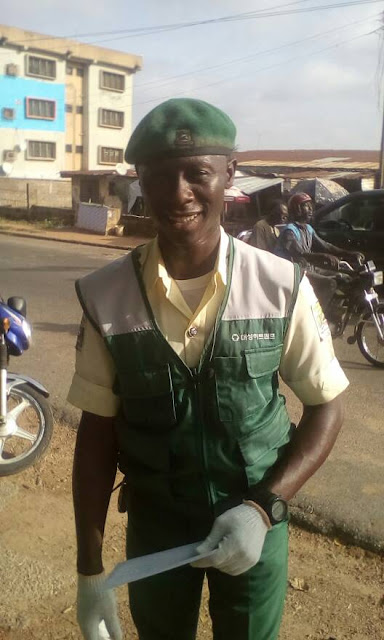