Lionel Messi is not earning a ‘super contract’ on the Barcelona deal that he signed last week, contrary to reports in the Spanish press on Tuesday.
The 30-year-old ended months of speculation over his future by signing a new deal with the Catalan club on November 25, a contract that will run until 2021 and includes a €700 million buyout clause.
Spanish daily _El Mundo_ reported that Messi demanded a €100m signing-on bonus and that he is set to earn as much as 70 per cent more than Real Madrid rival Cristiano Ronaldo.
However, a source close to the Messi camp has revealed that the forward is in fact earning roughly €22m a year after tax, a figure close to what he was earning with his previous contract that was set to expire in June 2018.
Reports claim that the Catalan independence referendum caused the delay in him putting pen-to-paper on the new contract are completely false.
Messi has been linked with the likes of Manchester City and PSG, with reports on Tuesday suggesting a mega offer from the Premier League club was rejected by the player to remain at Camp Nou..
UCJ, UNILORIN. 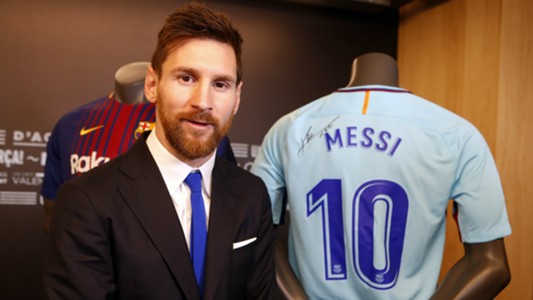