Participants in Peru’s Miss Universe Pageant broke with tradition and recited statistics detailing violence against women rather than give their body measurements.
The organisers also joined in showing news material of prominent cases of gender-based attacks.
The 23 aspiring beauty queens were hoping to get through to November’s Miss Universe Competition in Las Vegas. Last year thousands of women marched in Peru against gender-based violence.
Instead of giving their bust, waist and hip size, the contestants took turns reciting a roll call of shocking data.
One contestant said a girl dies every 10 minutes due to sexual exploitation in Peru. Another said more than 70% of women in the country are victims of street harassment. The televised show shocked viewers who were expecting traditional light entertainment.
The winner of the Peru pageant, Romina Lozano, representing Callao department, said her plan would be “to implement a database containing the name of each aggressor, not only for femicide but for every kind of violence against women. In this way we can protect ourselves”, 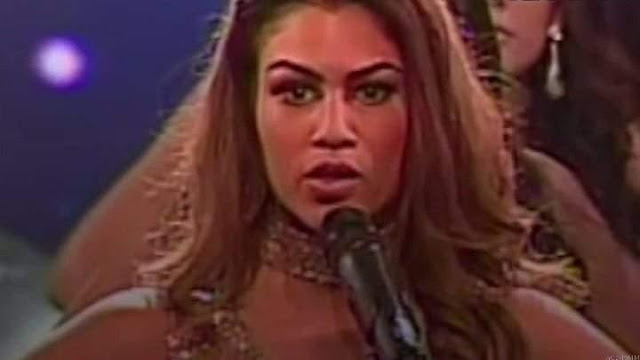