Some individuals who say they passed the information that led to the recovery of funds at an apartment in Lagos have dragged the Nigerian government to court.
Abdulmumin Musa, Stephen Sunday and Bala Usman say they approached the EFCC in Lagos in December 2016 and informed the agency about the N13 billion which the National Intelligence Agency claimed it kept for “covert operations” in an apartment in Ikoyi, Lagos.
The claim by the three men contradicts earlier admission by the EFCC and the finance ministry that another whistleblower was on the verge of being paid a commission for the operation.
In a lawsuit filed on November 22 at the Abuja Division of the Federal High Court, the trio demanded immediate suspension of payments to anyone else but themselves.
Public relations consultants, PR Nigeria, disclosed details of the lawsuit to PREMIUM TIMES Monday afternoon.
PR Nigeria explained that lawyers to the trio had written to Attorney-General Abubakar Malami in August, accusing the Economic and Financial Crimes Commission of shortchanging the whistleblowers by bringing others who were not the arrowhead of the whistle blowing.
The solicitors noted that “Our clients informed us sometime in December 2016 that three (3) of them voluntarily walked into the office of the Economic and Financial Crimes Commission(EFCC) at 15A Awolowo Road Ikoyi, Lagos and gave vital information that led to the recovery of over N13 billion at the Ikoyi Towers, Lagos.”
The lawyers further told the AGF that “upon subsequent visit to give a detailed information as required by the commission to raid the tower, they were told if the operation was successful, 5% of the amount recovered will be their take home within 72 hours of recovery, they were also cautioned that if the information happened to be false, then they will definitely be in trouble which the three mentioned above accepted because they were sure of their facts.”
The petition continues: “That when the operation was carried out, it was successful but since then they have not received any commendation by the commission, let alone give any reward as stated even though the EFCC have their names and phone numbers”.
The petitioners said rather than do the needful, some of the EFCC staff gave them further information that they were not the only people who gave them information on the Ikoyi Tower as others were also involved without mentioning them.
Upon various meetings by the three persons mentioned above, they agreed to go back and meet the Head of EFCC operations, Samaila Muhammed, and were told on their visit that the numbers have increased to nine who made the report.
They were urged to bring the remaining persons. The lawsuit could complicate matters for both the EFCC and an alleged whistleblower who was said to have been sent to a psychiatric facility after he protested the delay in the payment of his due commission.
The whistleblower, who was not identified, was represented by Yakubu Galadima, a lawyer who said the EFCC had placed the burden of caring for the whistleblower on him in the aftermath of the discovery.
Over N13 billion recovered by the EFCC from an apartment in Ikoyi, Lagos 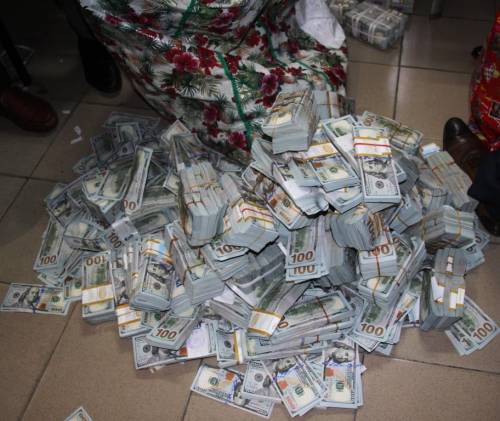