Skip to content
In an interview with UCJ Unilorin, the Gen. Secretary, Unilorin Independent Students Anti-Corrupt Practices Commission (UISAPC) stated some constitutional duties of the commission and how its duties are carried out.
He also, affirmed the position of the commission concerning the souvenir saga in the Student Union.
__________________________________________________________
UCJ:  Can we meet you?
Hammed: Yes sir. I’m Giwa Abdulqodri Hammed
UCJ: What is your position and the institution you serve?
Hammed: I’m the General secretary of Unilorin Independent Students Anti-Corrupt Practices Commission (UISAPC)
Got it Sir UISAPC.
UCJ: What are the constitutional duties of your commission?
Hmmed: Constitutionally the commission is to ensure transparency and corruption  free among the students and the society at large.
UCJ: To what extent can the commission boast of being effective in ensuring transparency and accountability of student union officials or public officers generally among the  student populace in Unilorin?
Hammed: The commission has been trying its possible best to ensure that, any Student Union officials or  public officers to discharged their duties constitutionally.
UCJ: In that case, what can the commission say about the latest scandal that has engulfed the immediate past administration of Mr Shobowale Lukman Olawale (Eminent)?
Hammed: Presently, the commission started to investigate on the issues immediately we receive an official letter from the present student union president (REEDOF) on the amount of souvenirs in store and as at now the commission can say we have gathered so much evidence and still working on it before proper prosecutions. And we are still using this medium to tell the public who know more on this, to kindly reports officially to UISAPC office.
UCJ: Generally do you receive regular petitions from specific quarters over the issue of gross misconduct by stuo public officers?
Hammed: We do receive some times when need arises but the commission itself  is constitutionally empowered to ask any public officers for examination or summon when the commission notice any gross misconduct
UCJ: So far, has the commission summoned any serving official of the students union over allegations of misconducts or financial misappropriation?
Hammed: Presently, the commission is still going through the cross examination conducted to each one of the Union officials and due to the Christmas and the new year break, has affects us in one way or the other.
Also, in this case the commission have to notify the co Union officials (Senate council, judicial council and office of the A. General) and other necessary units ( students affairs unit) before proper summoning.
UCJ: Has the commission achieved any convictions in recent times?
Hammed: Yes sir.
UCJ: Could you be more specific, sir?
Hammed: Last semester faculty of engineering have issues during their election, and the commission intervene and we ensure the election is being reconducted and presently the commission can say the just concluded election in  faculty of management sciences was free and fair, the commission has made sure the departmental and faculty souvenirs are distributed to students the appropriate way, the commission also ask for financial reports on kerosene depot on weekly basis for transparency and lots more.
UCJ: Based on your answer, it therefore means the commission is yet to sustain conviction of any accused public officer in student-based organizations in UNILORIN?
Hammed: Yes for now since we resume our duties for 2017/2018 session
UCJ: We take it that the commission seldom receives petitions against public officers, which suggests that most student-leaders in UNILORIN are good stewards, right?
Hammed: As you have said most but not all.
UCJ: By saying that, does it mean the commission only acts whenever a petition is being filed, or prevalence of a political or administrative scandal?
Hammed: As I have said earlier the commission can request for an examination of any office holder without the commission receiving any petition from any one as constitutionally started.
UCJ: Don’t you think that may clash with the oversight functions of the Senate Council?
Hammed:We all have our duties to perform separately.
UCJ:What message do you have for students of the University of Ilorin?
Hammed: Fellow unillorites, let me use this medium to tell that we can’t do it alone and you can’t do it alone but together we can achieve greatness.
Also, Unilorin independent students anti corrupt practices commission (UISAPC) is open to everyone and we will not be tired until we will try our possible best to curb corruption to the minimum way we can.
UCJ: Thanks for your time.
Hammed:  You are most welcome 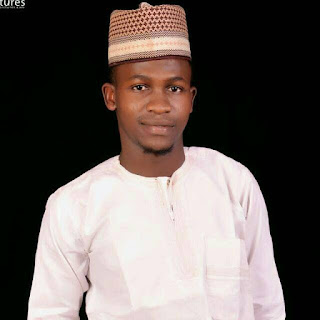