Former Trump campaign chairman Paul Manafort is being watched by Justice Department special counsel Robert Mueller in more ways than one.
A jack-o-lantern carved into Mueller’s likeness appeared outside Manafort’s New York City brownstone on Wednesday as a Halloween fright.
“I was originally was going to do some feminist pumpkin, but I thought that this was such a gift that Mueller was giving us a glimmer of hope,” artist Amy Finkel said, referencing to when Mueller filed an indictment against Manafort on Monday.
Pumpkin Mueller was no longer in front of the house watching over Manafort’s estate as of Thursday afternoon, according to Finkel. 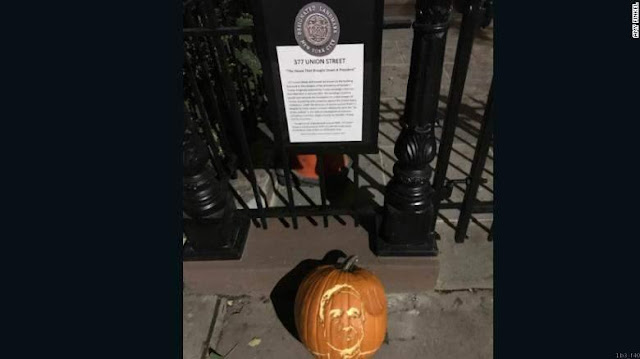