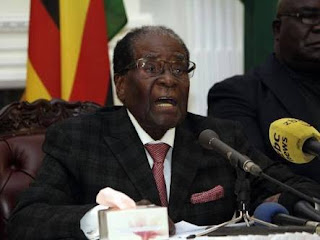 Zimbabwe’s ex president Robert Mugabe is set to get a residence, a car fleet and private air travel as part of a new government-funded retirement package for former leaders, state media reported Thursday.

Mugabe will also be entitled to at least 20 staffers including six personal security guards, all paid for from state coffers, according to details of the benefits published in The Herald newspaper.

The 93-year-old, quitted last month under popular pressure following a military takeover, and is set to be the first beneficiary of the generous measures unveiled by new President Emmerson Mnangagwa.

Local independent media reported last month that Mugabe was granted a $10-million (8.3-million euro) retirement bonus as part of a deal to persuade him to eventually resign. The government denied the claims.

As part of the new package, Mugabe will have three cars — a Mercedes Benz S500 Series or an equivalent class of sedan, an all-terrain station wagon and a pickup van — which will be replaced every five years.