I followed closely the complaints made by people on several social media platforms about the change in the traditional binding style of academic projects in our alma mater. In fact, going by the binding samples I saw on social media and the attendant bedlam it generated, it would have been safe for me to conclude that the so-called innovation was a complete scam. But then, I restrained myself from the temptation and decided to see it with my own eyes before taking a position on the matter.

Surprisingly, I was wowed when I eventually saw it. However, I speak for myself alone but I strongly believe they’re several others who not only share a similar opinion but also expressed similar joy upon seeing their works captured in the new form. I haven’t verified yet to see if the initiative also applies to postgraduate theses but with what I saw, felt and assessed, I was pleased with the university management for taking the initiative and giving Unilorin products yet another edge over their contemporaries.

The new binding system is colourful, redefined, and more user-friendly. It is classy and prestigious, and in my opinion, far better than the traditional style. In fact, I can proudly describe myself as an author. Of course, yes. This is simply because, my diligent supervisor made sure we worked ourselves out and ultimately ensured our works were subjected to a plagiarism test. And haven gone through the rigour of academic research, I was gratified to see the standardised packaging of my intellectual property through the new project binding style. I then asked myself, why was there so much noise about it? Even those that hadn’t set their eyes on the new project binding were among the fiercest critics of an object they’re yet to see firsthand. Then I concluded, much ado about nothing. Agreed, we see things differently but then, the issue in contention will definitely pass the popularity test.

Some even likened it to the regular GNS textbooks, and by implication, toned down the highpoints of the new initiative. Well, agreed. It somewhat looks like GNS textbook but the question rarely is, what’s wrong with the regular GNS textbook? I believe absolutely nothing. Maybe the system of adopting the official faculty colours didn’t go down well with many, the orange colour for instance. But then, colours only serve aesthetic purposes in terms of academic publications. Personally, I detest red but as a law student, I had to embrace it wholeheartedly.

Eventually, I realised the reason most people were apprehensive and reprehensive of the new initiative — the comfort zone syndrome and to an extent, fear of the unknown. It’s only natural for people to resist change not because they don’t like it but because it’s human nature. After all, the devil you know is better than the angel you don’t know. Hence, the expected negative reactions. But upon a closer look and experience with a positive reform, they soon realise that the fear they so dreaded, never existed.

On this, I give kudos to the new Unilorin Vice-Chancellor and his team for a job well done. There is no doubt our V.C. is visionary, experienced, humbly sophisticated and gifted. From my interaction with Mr. Vice-Chancellor, I discovered he is a man of purpose, strong will and a technocrat obsessed with proffering long-term solutions. I particularly laud his action by proscribing the production of PC tablets for undergraduates along with the attendant reason he adduced.

However, I have just a piece of advice to the father of Unilorin varsity community – “preach the need for change, but never reform too much at once”. Those are the words of Robert Greene, the author of ‘The 48 Laws of Power”. According to him, humans are “creatures of habit” and that “too much innovation is traumatic and will lead to revolt…”. He concluded by saying, “…if change is necessary, make it feel like a gentle improvement on the past”. 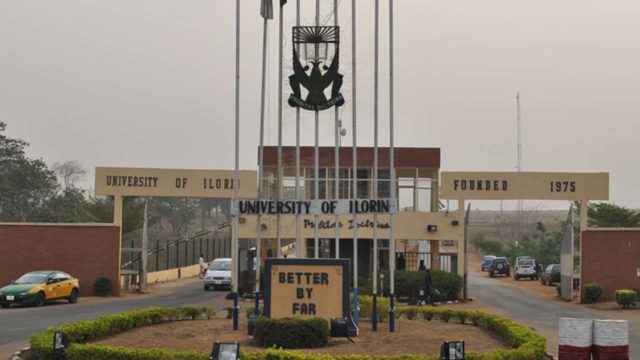