​NATIONAL ASSOCIATION OF NIGERIAN CAMPUS EDITORS(NANCE)​
​Headquarters:​ Obafemi Awolowo University, Ile-Ife.
​Email:​ Campuseditorsguild@gmail.com |  Nanceaddress@gmail.com.
​Twitter:​ @campuseditorsng
​Instagram:​ nanceonline
​Website:​ nanceonline.xyz
Our ref:_____________________
Your ref :_____________________
​Date:​ 16/10/2017
AN OPEN LETTER TO GOVERNOR ABIOLA AJIMOBI AND GOVERNOR RAUF AREGBESOLA ON LAUTECH SAGA
Dear Sirs,
For over 15 months, our brothers and sisters in a well respected citadel of learning named after one of the foremost Nigerian leaders, Ladoke Akintola University of Technology have been experiencing an unprecedented setback and have also been deprived of their academic rights as Nigerian students.
The National Association of Nigerian Campus Editors (NANCE) condemns the rate at which the standard of academic activities in LAUTECH is dwindling due to  non payment of workers by your government.
Meanwhile, the right of Nigerians to quality education have been bastardized by both of you. As a result of hardship embroilment, it is very important to note that LAUTECH students are currently being walloped and oppressed.
Your inability to give the varsity proper funding and ownership is quite disheartening and you have just given little attention to resuscitate the bleeding heart of the school from her penurious jinx.
It is paramount to know that the students of this institution have been at home for so long. Technically, most of them may not even remember what topics their lecturers taught them last. The singular fact is that you two are gambling with the future and lives of these students due to the fact that the closure of the institution has in no way affected you. We do know that your children do not attend public tertiary institutions, that is if they are even “opportune” to study in our dear country. The truth remains that children of persons of your nature study overseas and even if they decide to school in Nigeria, It is definitely going to be in a private university. A typical example is your “brother” in Ekiti State whose son graduated from Covenant University recently.
We understand that the Nigerian economy was hit by recession sometimes back, but we have left the season of recession and the economy is fast bouncing back to normalcy. Why then do we have our brothers and sisters at home?
The world is aware of the fact that Oyo and Osun States co-own this institution and you both are from the same political party with almost the same ideology, which to a reasonable extent should make the administration of the institution seamless. When the states were controlled by different parties, we never really heard of an occurrence of this magnitude.
Mr Governors, the major reasons why innocent citizens voted for you is to see to their welfare (which education cannot be left out of it). We want to say affirmatively that you two have failed in your responsibilities if you cannot properly administer a single university. It is a known adage that two heads are better than one, but this issue negate that.
If both states cannot manage the institution anymore, it is advisable that the Federal government takes over the ownership of the school rather than the proverbial “tinko-tinko” game you are playing with the heads of the university workers and students.
We have heard on countless occasions that the university will be reopened on countless dates.
It is important to note that your actions and inactions have caused more harm than good to our colleagues in LAUTECH. These students are not at par with their mates in other institutions anymore. And you should know that they would be going through a lot currently knowing fully well that the date for resumption is still uncertain. We want you to put yourselves in the shoes of the parents of these students and imagine if your children are the ones facing this trauma and saga.
Even LAUTECH teaching hospital which is an arm of the institution is also facing major setback as the workers are also demanding  adequate payment of their salaries.
We would like to remind you, in case you have forgotten that education is a right and not a privilege. So, it is of utmost importance that you meet the demands of the electorates and not brag on the mentality of “constituted authorities”.
You both claim not to have enough funds to run the institution, yet these students have been paying tuition fees from their parents hard earned money. The school has been running for over two decades and for a period of time, it was smooth. While the sudden excuses of not meeting up to standard. This shows that something is wrong somewhere and you both need to find everlasting solution or go back to the drawing board.
Governance is not about public speeches and empty promises or shout in public sphere or display of ‘makosa’ dance to fuji music. Governance is about meeting the needs of the masses and ameliorating their plight, giving them better standard of living and making sure that enlightenment is available to them via education. The future of the students is at stake as we speak for some of them have already lost 16 months of their lives sitting at home, roaming around the streets, panicking and hoping that some day, they will be back in the four corners of the classroom. Do not expect workers not being properly remunerated to perform their jobs optimally. And now that they have downed their tools, it is affecting students because if there are not workers, there won’t be students and vice versa.
Lastly, we understand that you both have made some payments but yet to yield result. We believe that if you intensify your efforts, there will be light at the end of the tunnel.
We hope that you see reasons with us and consider this matter very urgent.
Omole Isaac A.  and Adejumo Kabir A. on behalf of National Association of Nigerian Campus Editors (NANCE)
UCJ, UNILORIN. 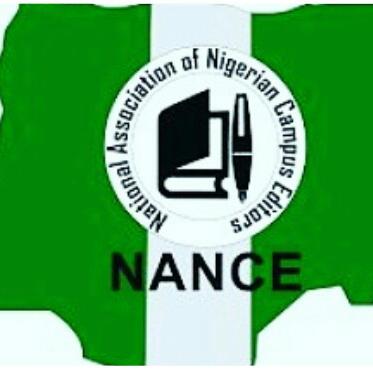 What do you think?
Love0
Sad0
Happy0
Sleepy0
Angry0
Dead0
Wink0
Previous Article Mourinho yet to reveal Barcelona refusal
Next Article Ronaldo is Ahead of Messi & Neymar – Totti
59 Comments 59 Comments