National Association of Physical Science Students, University of Ilorin, has held the second edition of her Leadership Summit at the university auditorium.

The programme tagged: “Repositioning Nigerian youths for global leadership,” was steered at enlightening youths towards self development and to be exposed to the prominent scopes of governance in the 21st Century.

Dean of the faculty, Professor Eke, in his opening address, emphasized on the importance of keeping to time as scientists – so as to avoid unnecessary errors.

He further lauded the masterminds and other executives of the faculty for bringing the programne to see the light of the day. He urged all sundry to be a good ambassador of our dear nation.

The Vice Chancellor in his address, appreciated the presence of the invited guests, who relinqiushed their schedules to engage the students of the University of Ilorin.

He said, “the occasion provides great opportunity to reflect on our national life,” stating that the programme is an opportunity to work positively, wriggle away the negativities in the nation, and take the country back towards greatness.

According to him, leadership is not limited to politics, it extends to every society we find ourselves.

He justified that, the topic was aptly chosen and must serve as a reminder to the youth towards growth, through purposeful leadership.

She explained that the age range of youth from childhood to adulthood according to the UN is 18-24 years, stating that youth don’t only make a formidable force but they are also future parents.

Bakare said, “leadership can be viewed differently among scholars, they approach it according to their characteristics, empathy personality relational inference, emotional ability, and various interest. Global leader can appropriate international and multicultural context, they are unique with identifiable trades they have a natural curiosity about a work and interest in people different from themselves. Global leadership can therefore link people across culture time zones through technology and in global market.”

She said, “youths are the leaders of tomorrow,” adding that well developed and mobilised youths are assets to nation building, and must be prepared for global leadership.

She sated that parents have important role to play in the lives of their children. She gave examples of Dr. Ben Carson whose mother played meritorious roles in his live and that of Mr Tony Elumelu whose father gave the needed financial support.

She further stated that, a youth will be impacted by the school he/she attends, the environment, nature of academic programme, extra curriculum programme, the characters of his teachers . “All these have either positive or negative effects on youths in building global leadership,” she added.

She reiterated the importance of youth orietation as veritable tool to repositioning youths towards global leadership, stating that, Orientation on alcohol, drug abuse among others are to be given to the youths to build them upright as global leaders.

The faculty magazine tittled: “The Trailblazer” got great commendation from the guest and was well received. 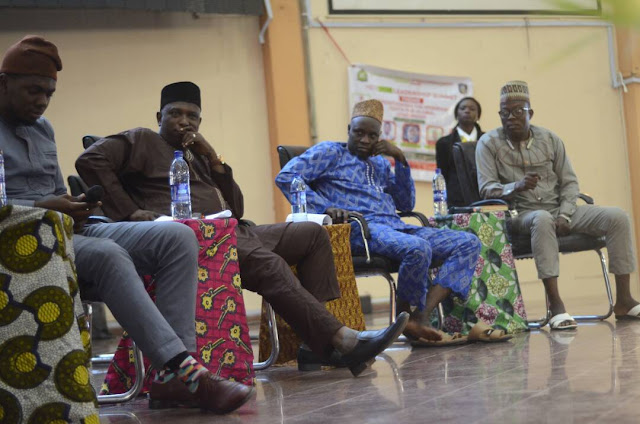