Hon. Theophilus Apere, one of the keynote speaker present  at the psychology public lecture, has urged students to get their PVC, as this would serve as a tool to vote in good leaders in place of irresponsible leaders.
The public lecture organized  by the  National  Association of Psychology Students, fondly referred to as NAPS, held at Social Science Lecture Theatre (SSLT), and was themed; “Psychology, Leadership and Youth Development. as this was extensively discussed.”
In his welcome address,  the HOD Psychology, Dr.  Remi Opayemi, in his definition of psychology, revealed that psychology is the field that connects people with reality. He however expressed gratitude to the students for organising the maiden edition of the programme.
The guest speaker, Dr. Ogundele, while speaking on the theme of the event, stated that managing human being is important in psychology. Sharing from his experience, he explained how his ability to manage people earned him the position he is.
He went further implore students to keep learning. According to him,  “learning is a continuous tool,  you stop learning when you are dead,” buttressing that learning does not stop in class.
He said, “do not labour to have first class,  study to understand so you can apply the knowledge,” he therefore  explained leadership, psychology and psychology, afterward disclosing the connection between all.
Hon. Theophilus in his speech, stated that the nation can never get better until everyone decides to change and the change has to reflect in our daily routines as well as in our institutions.
He stated that the intelligent ones have failed to participate in politics and this, according to him,  is the basis of Nigeria’s problem, “The best graduating student may not be the best in practice. Don’t let someone’s reality becomes yours,” he said.
He further urged that student gets their PVC and vote to change all irresponsible leaders no matter their parties. According to him,  there is no good or bad political parties, we only have bad politicians. Change is not about politics, it’s about our behavior,  lives…”
The second session of the programme witnessed the quiz competition among the 200, 300 and 400levels of psychology. At the end of the quiz competition,  results were declared where:
400l: 32 and 1/2 points…   3rd position
200l: 33 points…2nd position
300: 35 points…1st position 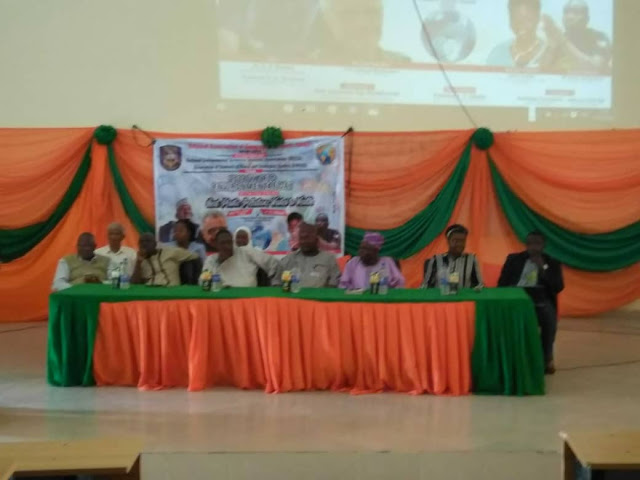