~~~ Mudashiru Lateef.
The National Association of Political Science Students, University of Ilorin has held her public lecture, magazine launch and inter-varsity debate in University of Ilorin.
The HOD, Dr. Luqman Saka, in his welcome address recognized the presence of the invited guests and students from the invited institutions. He emphasised the need for student’s participation in the programme and its impact to their development.
The President of NAPSS, Lawal Sultan, in his speech, stressed that youth involvement in politics should be viewed in two ways, stating that if youth involvement in politics would be the way out of Nigeria maladies, then  youths need to show a better attitude towards government decisions and activities.
The guest lecturer and Special Adviser to Kogi State Governor on Employment and Job Creation; Hon Abdulkareem Suleiman Onyekehi; presented a paper themed “Youth participation in active politics”.
The speaker reported that it’s unfortunate that many youths waste their time on irrelevant things forgetting that time waits for no one.
He explained that the idea of youth participation in active politics is a negative subject among youths who rightly believe that politics is a dirty game and as such they avoid active it.
In addition, the erudite enthused that every citizen has the right to participate in politics by seeking election to political office if qualified, and the right to choose leaders through voting.
Hon. Abdulkarim recounted how he used to be a radical critic of political office holders before he joined politics 4 years ago. He challenged the youth to earn the abilities that will pronounce them to the world.
He concluded with a reminder that, youth have the power to change the county’s situation by getting involved in politics, as a result, they should vote and make decisions that would benefit the society.
The chairman of the occasion and House Leader Kwara State House of Assembly; Hon. Hassan Oyeleke, opined that the society contributes to the problem of youth development.
He made reference to the education system, stating that, it has decayed and has given no room for youth to develop.
He stated that the youth should not be blamed for the situation of the country, but must not fail if the leadership fails.
The keynote speaker, Comrade Toyin Aremu, gave a synopsis of who youth are and challenged them to take the mantle of leadership as well as avoid being victims of political thugs.
The programme witnessed a debate competition of which Unibadan, AAU, Unilorin and Fountain University as 1st, 2nd, 3rd and 4th respectively.
Other dignitaries present were Alhaji S.S Asuku; SA to the Nigerian Senate President, HOD of the Political science; Dr Luqman Saka, lecturers from invited schools and students. 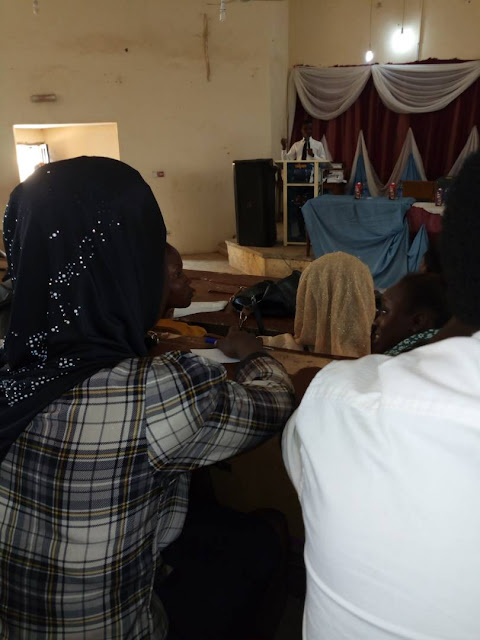