NASA admitted a mysterious world called Planet Nine is hidden out of sight at the edge of our solar system.
The gigantic icy planet is believed to be ten times larger than Earth and 20 times farther away from the sun than Neptune, reports The Sun.
Conspiracy theorists have recently claimed that a similar world called Nibiru is about to plunge into Earth and wipe out humanity.
But while NASA said it was “closing in” on Planet Nine, it has repeatedly said the Nibiru is a fraud. In its latest statement, NASA reassured the world that Planet Nine has no chance of “colliding with Earth or bringing days of darkness” to our own fragile world.
It also presented five complex pieces of evidence for the existence of the mystery world. “There are now five different lines of observational evidence pointing to the existence of Planet Nine,” said Konstantin Batygin, a planetary astrophysicist at Caltech in Pasadena.
Some of these clues relate to the gravitational tug of Planet Nine, which appears to be disturbing the distant Kuiper Belt – an area made up of icy objects that stretches from Neptune out into deep space.
UCJ, UNILORIN. 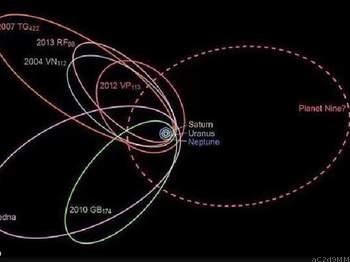