Skip to content
It is an established fact that without the head, there is no body. Of course a car needs an engine to function likewise fishes cannot survive without water. The same goes for staff in Nigerian higher institutions. The Nigerian higher institutions comprises of teaching staff, tagged ASUU, and non-teaching staff under the umbrella of JAC, Joint Action Commitee.
JAC further birthed  three offsprings: SSANU, Senior Staff Association of Nigerian Universities, NASU, Non Academic Staff Union of universities and associated institute, and NAAT, National Association of Academic Technologists, all of these Unions work collectively to ensure academic success In various Nigerian institutions.
In a news report by vanguard, “The strike according to the Union was necessitated as a result of the inability of the federal government to clerify the criteria for the disbursement of the #23 billion released by the government to the university Union which SSANU, NASU and NAAT claimed was meant for the Academic Staff Union of University, ASUU while only pittance was allotted to the 3 non teaching staff union.”
Another report by on 31st, Jan. 2018, revealed the speech of minister of labour and employment, Senator Chris Ngige, “They are on strike and It is illegal strike because you go on a strike, reach a collective bargaining agreement, and then you were not quick in accessing the  money, and other union, ASUU accessed plenty of it about 70% or 80% of it, I don’t know, and then you return and say you are going on strike it is illegal. We don’t want to bring hardship to homes but I am inviting them to come back because if they don’t come back, I will invoke section 43 of the trade dispute act, but I don’t want them to be the first group of union that I will invoke that because I do, the story will not be palatable.”
From the above, it is clear that there was a conflict of interest between the Federal Government and JAC members, SSANU, NASU and NAAT. The Federal Government claimed the released allowance, #23 billion belongs to all staff union, both ASUU and JAC. On the other hand, JAC claimed that only pittance was allotted to SSANU, NASU and NAAT while ASUU went home with lion’s share.
This according to JAC was unfair and therefore they clamoured, that government take a critical look at the scenerio and provide explanation for the criteria of allotment, of the so called earned allowance through a letter which the federal government failed to reply.
As the popular saying goes, where two elephants fight, the grasses suffer more. As a result of NASU strike, Nigerian universities were forced to make decisions that marred academic performance of students. Many schools retrogressed rather than progress academically as students were unable to carry out certain duties resulting from unavailability of non-teaching staff.
According to Karl Marx, there exist no insignificant group in any society, a cleaner requires the help of a lecturer as much as the latter also rely on the help of the former. In higher institutions, the job of NASU is germane and must not be  underestimated. And her extinction would call for instability in higher institutions.
NASU serves a dual purpose, first, the Union affords its members a feeling of job security, pursuing a case of unfair dismissal. Second, it provides a forum for members to satisfy psychological needs of belonging, leadership, esteem etc. The Union plays a vital role in the collective negotiation process with the management.
For any organisation to succeed, it must have a healthy working environment. Unions like NASU have helped maintain industrial peace which is needed for achieving institutional goals and providing a strong workforce. (Moses Adeniji and Olalekan Adekunjo, the role and impact of NASU, in two Nigerian universities).

The effect of the strike was conspicuously damaging psychologically and health wise. In the area of library usage, students are been denied free access to 24/7 school library which is usually the norms ( at least in University of Ilorin) during exam periods. Students resort to using classrooms which are usually over crowded and unbearable for night classes/reading.
The impact of NASU strike could not be denied on campus. Dirt’s were being packed and abandoned in every nooks and crannies of all faculties, walkway, hostels…Students were even forced to write exams with partially signed course forms as faculty officers are unavailable to tender signature on course forms.
In a nutshell, NASU strike threatened academic excellence and any future occurrence would create a drawback in academic calendar and students performance as a whole. Hence, we implore the Federal Government to prevent such situations and provide solution to issue of strike in Nigeria institutions.
#Restore our academic integrity
Iwayemi Zainab, 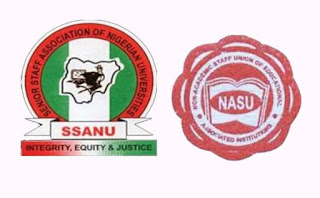