The French Pacific territory of New Caledonia will hold a referendum on self-rule next year, under a deal reached with the French government.
New Caledonian leaders held nine hours of talks with French ministers in Paris on Thursday. The political agreement could pave the way for independence.
November 2018 is the deadline for the vote. New Caledonia, east of Australia, has about 275,000 inhabitants. In the 1980s there were clashes between French forces and indigenous Kanaks.
The climax of that conflict was when Kanak separatists held a group of French gendarmes hostage in a cave. The French assault cost the lives of 19 Kanaks and two soldiers.
The 1998 Nouméa Accord envisaged a phased French decolonization, with a referendum in 2018 at the latest. Kanaks form about 45% of the population.
If a majority opts for independence it will be the first French territory to break away since Djibouti (1977) and Vanuatu (1980).
UCJ, UNILORIN. 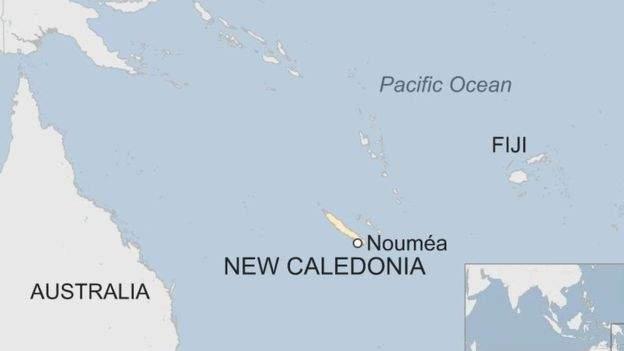 What do you think?
Love0
Sad0
Happy0
Sleepy0
Angry0
Dead0
Wink0
Previous Article Lady Gaga gets engaged
Next Article Get Your Quality Hijabs, All Kinds Of Head Ties From MayL Collections
Leave a comment Leave a comment