The National Association of Kwara State Students, University of Ilorin chapter, has held her annual inauguration ceremony in the University.
The President, Com. Musa Mohammed Mancha, in his speech titled ‘A NEW DAWN FOR NAKSS,’ expressed his gratitude to God, the National Association of Nupe Students Association (NANUS), the Ilorin University Medical Students Association (ILUMSA) and all Kwara State Students for their support.
The President reassured NAKSSITES that their ‘efforts will never be a cry in the wilderness as the administration will solicit continuous partnership and understanding with Kwara State Government and managements of tertiary institutions through dialogue.
The security of lives and properties of students will be enhanced, intimidation and harassment of students will be curbed, he said.
He added that, the current administration also promises a continuous diplomatic agitation for scholarships and award of bursaries to Kwara State students studying home and abroad as well as bring government closer to the people.
He hinted on plans to launch an official NAKSSITES’ blog have been concluded and all hands are on desk to ensure adequate dissemination of information to members.
The President charged fellow executive members to live up to expectations and pleaded for cooperation of the Senate and Judicial Council, while stating that a permanent Secretariat for the association is in view.
He further urged NAKSSITES to be good ambassadors of the association, not losing sights of their education which is their primary assignment.
Good will messages were received from Arc. Salihu Y. Solaimon, HOD, Department of Architecture, University of Ilorin; Hon. Adam Ishiaku Guyegi of Kwara State House Assembly; Ambassador Seriki Yahaya.
The event saw in attendance the Excellency, Hon. Ali Ahmad, the Speaker, Kwara State House of Assembly, ably represented by Hon, TAIWO Abdullah, with lectures by Mallam Bolaji Abdullah and Mustapha H. Olarewaju Babareke (FCA). 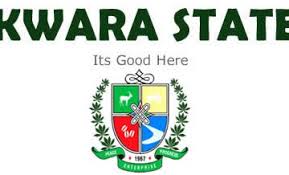