In the wake of CNN’s decision to boycott the annual White House Christmas party for media, opinion on the event was split among other reporters: Some told POLITICO they would attend, while others expressed reservations over mingling with members of an administration that so consistently attacks the press.
So far, no major news outlets plan to join CNN in keeping their reporters and editors from attending, based on an informal survey by POLITICO. A Washington Post spokesperson said, “The Post staff invited by the White House are planning to attend.”
Several reporters who had been invited to the reception in the past told POLITICO that they had been excluded this year, raising questions about how the White House made its list and whether it was playing favorites and adding to the sense that the event has become fraught with politics.
But many reporters stressed that they wanted to attend in order to maintain a normal sense of decorum. 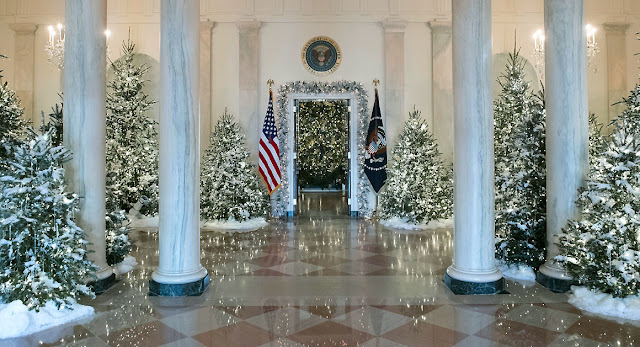