The 24-year-old singer-songwriter was announced as the No. 1 seller on Sunday (October 29) on the Billboard 200.
Niall sold 152,000 equivalent album units in his first week, with 128,000 of those in traditional album sales.
He is now the third member of One Direction to notch a No. 1 record, following Zayn Malik and Harry Styles, matching The Beatles‘ record for most solo members from a group to notch No. 1 albums. 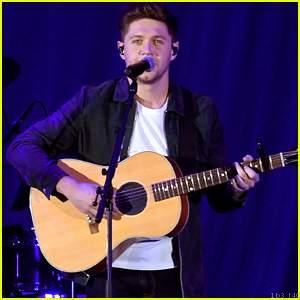