Minister of Finance, Mrs Kemi Adeosun, has explained the rationale behind the Federal Government’s decision to borrow $5.5billion.
Amid concerns raised by Nigerians about the nation’s foreign debt profile, Adeosun, who appeared on Channels Television’s Sunrise Daily, said: “we are not in a huge amount of debt.”
The minister’s statement comes more than two weeks after President Muhammadu Buhari wrote to the National Assembly, seeking the approval for $5.5bn external loans to finance the 2017 Appropriation Act. She, however, maintained that the country’s debt profile stands low when compared to developed nations.
UCJ, UNILORIN. 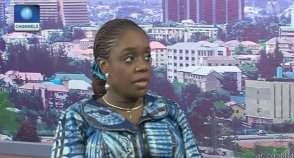