The National Association of Nigerian Campus Editors held her annual campus editors summit between 26th and 28th of April, 2018 at Ogun State Institute of Technology, Igbesa.
The summit had in attendance delegates from different Nigerian institution.
The Editor In Chief of bloomgist.com, Mike Ikenwa took the participants a three-day workshop which involved cooperative discussions and opportunities to share perspective on issues related to journalism.
Also, Sodiq Oyeleke, a reporter with Punch Newspaper taught the participants on the core elements journalism and ways of avoiding being victimised by the university authorities which has become so rampant in Nigerian institution.
Mojeed Alabi of New Telegraph Newspaper, however challenged the students Journalists to do beyond reporting but rather focus on developmental stories that will expose the ills and odds of the society for a positive change. Mr. Alabi enjoined the students to network and renew their confidence in the cause of carry out their duties.
The Managing Editor of The Nation Newspaper, Lekan Otunfodunrin who gave out books written by him to campus editors advised that the students must begin to make use of the new media because the world is fast transforming.
Mr. Wale Abideen, the President of Nigerian Guild of Investigative Journalists however, spoke on the need to use investigative journalism to make impact in the society. “Journalism is opening that thing, someone else do not want open. If it is good, why didn’t the fellow want it open”, he argued.
The NUJ Vice Chairman of Osun Council, Kehinde Ayantunji concluded the summit by giving in-depth analysis on using campus journalism to link the town and gown in addressing developmental challenges.
Speaking after the summit, a participant, Toyosi Opeoluwa was quoted saying: “I wish we had more time to talk and learn from these great teachers. Thank you to NANCE for giving us the opportunity to learn the rudiment of journalism outside our classroom”, she said.

Also, according to a release signed by the association President, General Secretary and Public Relations Officer; Omole Isaac, Jonathan Oladimeji and Adejumo Kabir respectively, they promised to continue to serve as important link between the campus editors and full fledged editors in Nigeria with strong allegiance to their motto: “truth conquers all.” 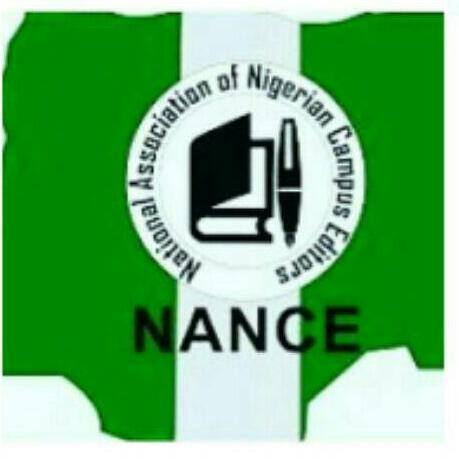