The sKan is a low cost and non-invasive device that can detect skin cancer has won this year’s international James Dyson Award.
Invented by four Canadian bioengineering undergraduates from Ontario’s McMaster University; Michael Takla, Rotimi Fadiya, Prateek Mathur and Shivad Bhavsar, the sKan is a handheld device is made from widely available and inexpensive components and can possibly make detection of the disease more accessible.
James Dyson, founder of the Dyson company said the sKan received the award because it is “a very clever device with the potential to save lives around the world”.
The device uses temperature sensors to help in the early detection of melanoma, the most deadly form of skin cancer because cancerous cells have a higher metabolic rate than normal tissue cells. 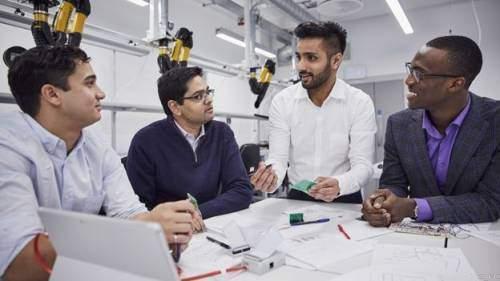