The Minister of Finance, Mrs Kemi Adeosun, said the nation needs to generate more revenue through the payment of tax by Nigerians in order to solve the problem of borrowing.
Speaking during a press conference at the 2017 World Bank/IMF Annual Meetings in Washington DC, United States, on Sunday, she said although the government has a role to play in being more efficient, Nigerians also have a role to play by paying taxes properly.
“The solution to borrowing in Nigeria is that we must pay taxes. If we pay the taxes properly, there’s no need to borrow.
I am not suggesting that there isn’t a responsibility on the part of the government to be more responsible and more efficient, we are really focusing on this, we are trying to find a way to cut costs.
Kemi Adeosun said the nation needs to tolerate more debts by borrowing because Nigeria currently has one of the lowest debt-to-Gross Domestic Product figures in the world adding that the current administration has no plan to go into massive borrowing which it would not be able to sustain. 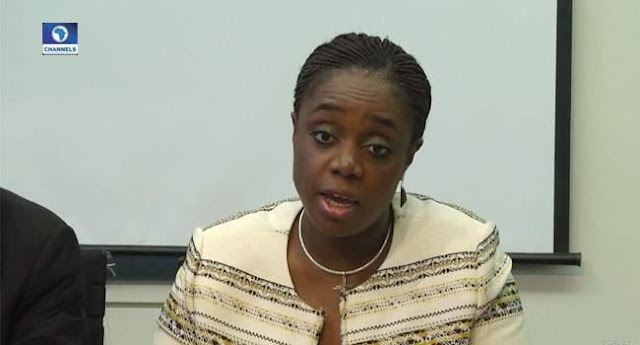 What do you think?
Love0
Sad0
Happy0
Sleepy0
Angry0
Dead0
Wink0
Previous Article Plague leaves 57 dead, more than 680 infected in Madagascar
Next Article Have dirt that could impeach Trump? Flynt will pay you $10 million
59 Comments 59 Comments