A high-level defector has told the US Congress that spreading outside information in North Korea is the best way to deal with the regime.
Thae Yong-ho said undermining Kim Jong-un’s God-like status among his people could be key to weakening his rule. “It is necessary to reconsider whether we have tried all non-military options before we decide that military action against North Korea is all that is left,” he said.
North Koreans “don’t care about state propaganda but increasingly watch illegally imported South Korean movies and dramas,” he added.
Mr Thae was deputy ambassador to the UK before he defected last year. He is one of the highest-ranking officials ever to defect from North Korea.
In his first-ever visit to Washington, Mr Thae told Congress: “We can educate (the) North Korean population to stand up by disseminating outside information.”
He also urged officials to meet at least once with North Korean leader Kim Jong-un, to understand his thinking and convince him that his nuclear programme is risking mass destruction. 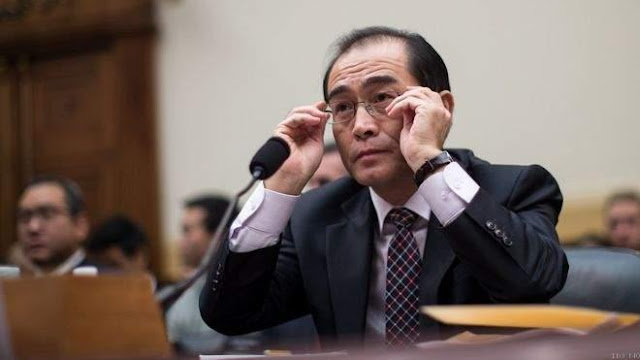