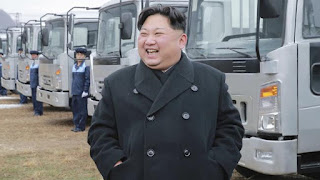 North Korea will remain committed to the country’s nuclear development in 2018, according to a report released Saturday by state-run news agency KCNA.

“Do not expect any change in its policy,” the report read.

“Its entity as an invincible power can neither be undermined nor be stamped out. The DPRK, as a responsible nuclear weapons state, will lead the trend of history to the only road of independence and justice, weathering all tempests on this planet,” the report continued, referring to North Korea’s official name, the Democratic People’s Republic of Korea.

The report, titled “No Force Can Prevail over Independence and Justice,” provided a timeline of the country’s alleged 2017 nuclear weapon achievements, mostly focused on possible US engagement.

North Korea will “continue bolstering the capabilities for self-defense and preemptive attack with the nuclear force as the pivot as long as the US and its vassal forces persist in nuclear threat,” the report said.