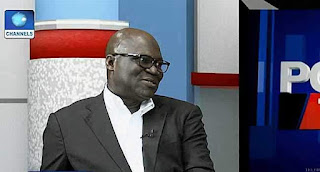 A former Special Adviser to the President on Media and Publicity, Mr Reuben Abati has said that has shared his thoughts on a statement written by former president, Olusegun Obasanjo, in which he criticised the performance of President Muhammadu Buhari. Mr Abati who was a guest on Channels Television’s Politics Today on Tuesday said the statement reflects certain levels of consensus within society.

He, however, noted that the only thing that was not mentioned was an apology to Nigerians especially as the former president was one of those who voted for the ‘change’ administration. He also said the there was no better time for him to respond to the state of the polity than now.

The former President in the statement written on Tuesday accused President Buhari of failing, especially in one of the areas his administration pitched as its ‘key point of action’ when it assumed office – the fight against corruption and therefore, asked him to honourably “dismount from the horse”.