The Mass Communication Students of the Federal Polytechnic, Offa, Kwara State, has held a preliminary meeting in preparation for the inauguration of a campus journalists body in the institution.
The process witnessed a meeting between members of the polytechnic and delegates of UCJ Unilorin, to offer guidelines on the logistics to be put in place.
At the meeting, the President UCJ Unilorin; Osuji Chima, lectured the students to anticipate the emergence of the Union. He encouraged them to participate in the Union as their discipline gave them an higher advantage.

Chima also intimated the students with an explanation on the Organogram of UCJ Unilorin.
He urged that the new Union should keep themselves updated and establish a synergy with the mother body NUCJ (National Union of Campus Journalist).
The Director of Publicity; Akinyemi Adedeji, admonished the dos and donts of journalism. He emphasized on non-partisanship of members and urged members not to have a money driven purpose.
The Head of Mass Communication Department, in the institution, expressed gratitude to UCJ Unilorin and asked how they can kickstart the Union.
Chima gave an outline for initiation with emphasizes on their registration with the school administration. Other steps were having a constitution, creating awareness and recruiting people.
In a quest for the Union, a seven man committee was created to facilitate the inauguration. They were told to work and feedback the UCJ Unilorin in a week time.
Other deliberations like the protection of campus journalists and possibilities of discrimination from BSc to HND students were made and resolved.
Representative of UCJ Unilroin editorial board, Tomi Ojebode, in her vote of thanks, acknowledged the zeal of the students for journalism and promised full support from UCJ Unilorin. 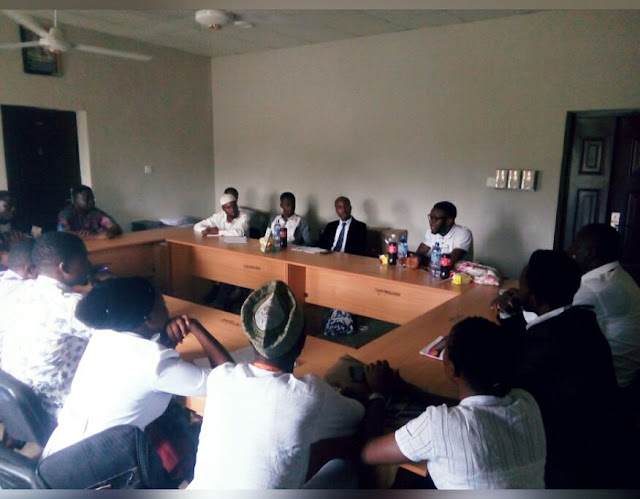