In an exclusive interview with the Director of Sport,  Faculty of Social Science,  Alarape Omokunmi Sodiq, a 300 level psychology student, revealed that the office to him is more of humanitarian service.
According to him,  from the inception,  before the approval of budget he had spent his personal money on certain things like football for training and that was being managed until the budget was being approved.
When asked about the achievement of the faculty in the SU cup so far, he analysed how FOSSSA had played against environmental science faculty and had won by two to one, they played against management and won by the same score but lost the game to Life Sciences by a goal to nill.

Fortunately,  they qualified for quarterfinal based on the results from the two earlier games. And the quarter final had ended with a fight which was instigated by the opposite team and this led to their disqualification and fosssa automatically qualified for the semi final with Engineering. Although the date for the tournament is inconclusive.

Sidney reported that all the players has been wonderful. the like of Solomon, 400 level psychology, being the captain of the team,   Alfa…to mention but few. Although sometimes there usually occur misunderstanding or misinterpretation.

On other issues aside football,  he stated that FOSSSA had participated in other Athletics at various distances (800m, 400m,100m races)  but didn’t qualify for the finals due to the limited time they had to prepare the athlete for the tournament, he added that defines,  they get 24 hours notice for a race and they usually do not get the best athletics ready in time to compete.

He however noted that the table tennis team made it to the final. And the basketball team won their first March by 49points to 8 against the faculty of law and they also win their second march.

He therefore advices that folks who intend to be FOSSSA executive in future should not see the office a a money making avenue or an opportunity to be famous. As it is a call to service and you must love what you are running for if you wish to excel. 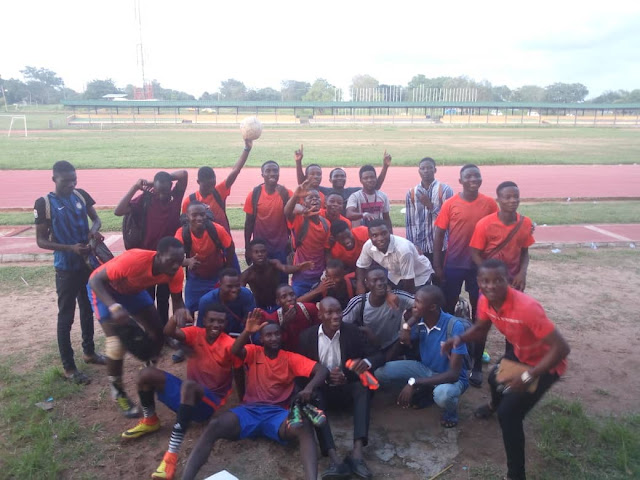