In the wake of a slew of accusations of sexual harassment and assault against Harvey Weinstein over decades, more women are coming forward with stories of sexual misconduct by high-profile Hollywood men.
On Thursday, model and actress Carrie Stevens (Days of Our Lives, Beverly Hills, 90210), responding to a Hollywood Reporter story about Oliver Stone’s brief expression of sympathy for Weinstein, tweeted: “When I heard about Harvey, I recalled Oliver walking past me & grabbing my boob as he walked out the front door of a party. Two of a kind!”
During a press conference Friday at the Busan International Film Festival in South Korea, where he is serving on the festival’s competition jury, Stone declined to condemn Weinstein, saying that he thought “a man shouldn’t be condemned by a vigilante system.” Stone added: “It’s not easy what [Harvey Weinstein] is going through, either.”
Stone later walked back the comments, posting a message on Facebook, saying that he had been unaware of the extent of the allegations against Weinstein because of his recent travel schedule. 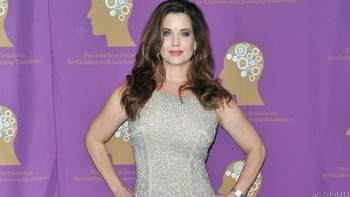