The news of a daring snake reportedly to have turned Nigeria currency into some comestibles feeds being fed on has sparked unsolicited reactions – Our hard earned money. Nigerians in our usual wishy-washy and hassled manners, jumped into the swiftboat and started drumming out sentiments – Reactions that betray, perhaps not only the intention of the “divulger” but as well that of rigorous reasoning.
Understanding the chosen ways Nigerians have adopted over the times in reacting to issues in their immediate environment. Especially events that appear novel or unique in some ways would go a long way to unravel reasons why things seems as they are, and those of which actually inform this society of ours where we all live in contemptness.
To start with, the reality an average Nigerian has failed to accept is the fact that we are now in a digitalised ambience. Nothing really is unusual, especially events of these days. Until Nigerians begin to understand this starring reality, distortion in events and the misrepresentations of intentions would still continue to grow and the result would remain backwardness.
In a case of being in the same mission alongside your peers, you choose to work in isolation thinking working in peer will lessen your pace; Forgetting that when you work alone, you work (indeed) faster but you get fatigue in a shortest while and consequently the mission, afterwards, hits a dead-end.
However, in contrary, doing the same with peers, you stand a formidable chance to explore far, in fact, often without fear and aches. What this anecdote denotes is simply that why have africans refuse to shed off the shackles of primitivities? The world is evolving, why is Africa lagging behind… Why have we chosen to tread in isolation? Should we then round it up that Religion is truthfully an opium of the people? And if it is, why Africans have chosen to take it in excessiveness?
Religion hazardous effects are really painting boldly in our fabric as people. The level of brainwashing acquired by the opinionists in the treading matters is enough to question our species of human race. It appears more like an Achilles task, how we have found it difficult to distance our thinking away from political, ethnic and tribal colourations. Every event that surfaces is now being confronted by politically and chauvinistically tainted tongues. No sane individual will quarrel or queries political awareness and awakened of his people but political culturalisation and association are to be flanked by some fundamental ethics.
Political imbroglios are supposed to be hypotheses to test our advancement in intellectualism – How we have been able to shift from primitive reasoning to flocking alongside global intellectualism expedition; not other way round! Events that wired or informed our reasoning should be ones critically reasoned.
The Nigerian media have really not been able to justify the mandate at its disposal. A majority of these media houses now believe in sensationalism and the core values – pictching for news contents from the human angles and holding vast to the objectivity concept in journalism have been thrown to the dustbin of history. Representation of intentions or let’s say, the reality, objectively in the media is now resting at the bottom lay of time.
What’s invoke now is how much of sensationalised audience you can gather to the supposed ‘news’ reports. Traditionally, we understand that in the selection of news reports, certain factors have to come in, but it’s found no where in these factors that human thought has to be fabricated and that agenda setting is the sole purpose of establishing a media outlet. Why can’t we not allow events flow naturally without our in-house colouration or what you may call policies?
It is no news that events in the contemporary society have now outnumbered the linguistic codes and symbols for their representations. Hence to escape misrepresention of thoughts, you see or hear people saying more than they mean and mean less than they say.
In the multilingual society, like ours, it can be said that vocabularies in the vaults of the constituting societies (tribes) are minimal vis a vis the events that penultimately unfolding. But the overall philosophy behind understanding ourselves lies in the coming to the acknowledging that meaning of word is not not in the word but in the man that says the it.
Thus, the case of snake in the JAMB’s vault could have possibly been a misuse of anecdotes or attempt at code-painting the sentiment in an obscured, synic and mysterious way to allow freedom from the griping tongues of pressmen or an outright attempt at employing extenuating circumstances for controlling damage effects.

Expectedly, however little and soldem probe for meanings or explanation  could have actually saved the day or at least help in not further derailing the streams and tracks of people/audience’s reasonings. Sensationalised audience, in the Nigerian context, synchronously, do not either help the situation. It is now not uncommon that you see people with a fashioned ‘natural’ pattern of understanding or appraising issues.
Nigeria have negatively imbibe a culture of responding to events. If you don’t belong to a line of some people’s thoughts, then you are not flowing with happenings – not updated. It is now a norm that you reason alongside certain individuals and your line of thinking must align with a “divide.”
Sadly, the fact that the proponents of these lines of thoughts are those whose existence has little or outrightly nothing to reflect in the alarming reality beclouding the societal ambience.
Until Nigerians desist from the culture of taking up issues with disdainful, holier than thou, novelty, nonchalant attitude, and regard every event as expected with equal scrutiny and attentions, we may continue to repine ourselves in the same mud of retrogression. And while we do this, contemporaries could be seen steadily matching us by.
Ridhwan Adetutu, Abdullahi (éclat) , writes 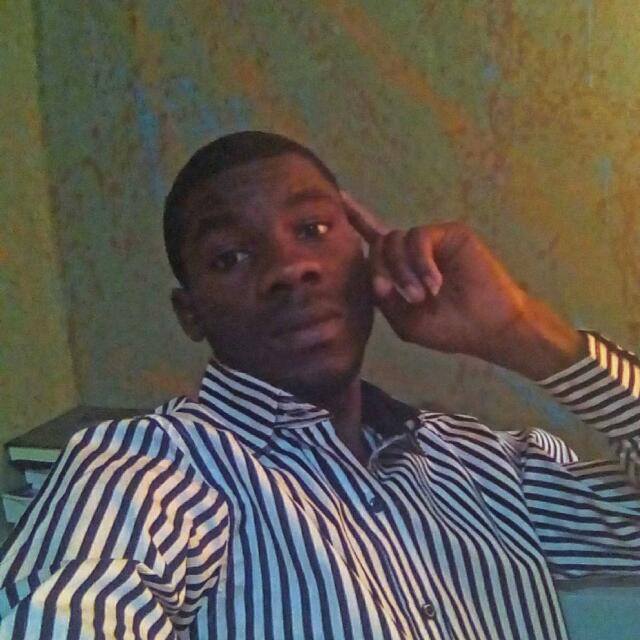