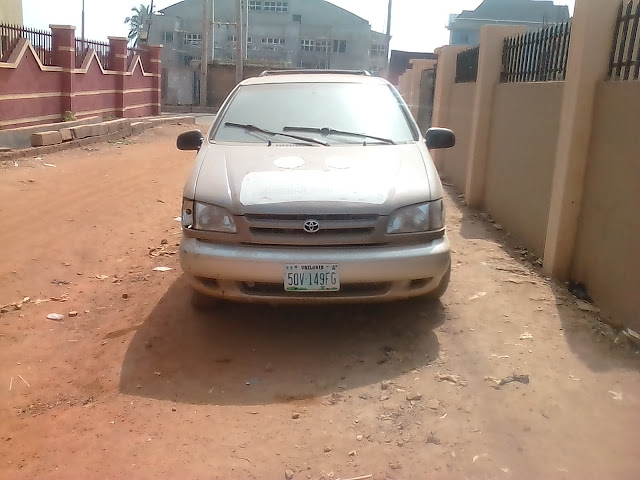 The official carrier of Unilorin SU President
As of fact, the official vehicle of the SU President has been kept aground for barely two months over what seems to be a technical hitch.
The once posh outlook of the Sienna vehicle is now a shadow of its former self—with broken head lamps, ubiquitous scratches, deflated tyres, and damaged handles. Worse still, the interior even looks disheveled and worn out; which suggests how terrible the car must have been handled by its handlers. 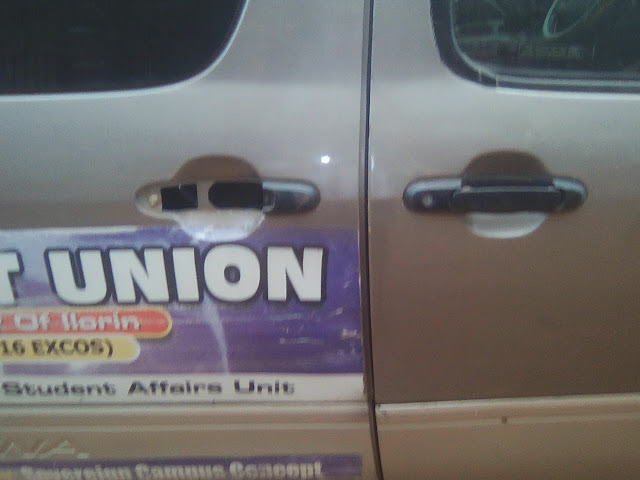 Though the official carrier of the SU President, I believe it still remains the Commonwealth of members of the Union. And therefore, it’s important for Union property to be handled with utmost care. The car in question, has been parked directly behind Rhema Chapel, and before Excellence Schools at Tipper Garage, Tanke, Ilorin.
One noticeable thing that strikes the retina, is that, the handle of one of the doors was intact during the first three weeks of inspection. To my surprise, the handle is no longer there upon my return after a month and a week.
In fact, a critical observer will notice that the current damaged state of the handle, is suggestive of forceful removal by suspected hoodlums or thieves.  I don’t understand why such a prestigious car should be allowed to degenerate into such a debilitating state. This same vehicle has been driven by two former SU Presidents, with Reedof being the third in a row. 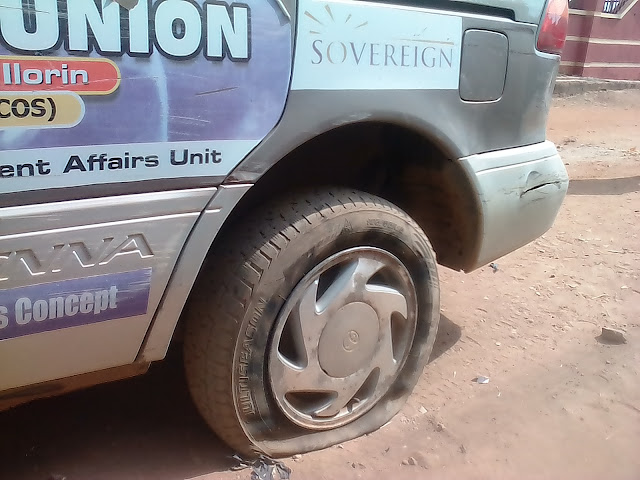 For the purpose of record, the vehicle was gifted to the Union by a company known as Sovereign Campus Concept, as part of its corporate social responsibility during the Idris Alao-led administration.
Eminent, Observation’s successor, used this same vehicle regularly and occasionally parked it in front of Student Affairs while in good shape; he would do so just to walk by feet like other students for some time. Why is that of Reedof any different? 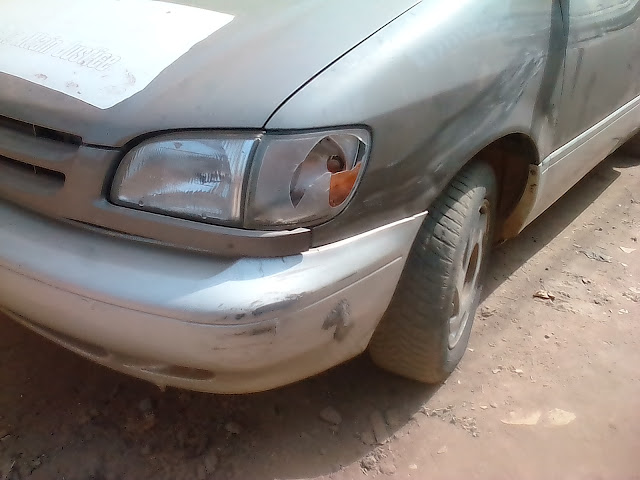 What adducible reason will the ‘Together We Can’ administration give this time as being responsible for the embarrassing state of the official vehicle of Mr President? Money, bureaucracy or black magic? 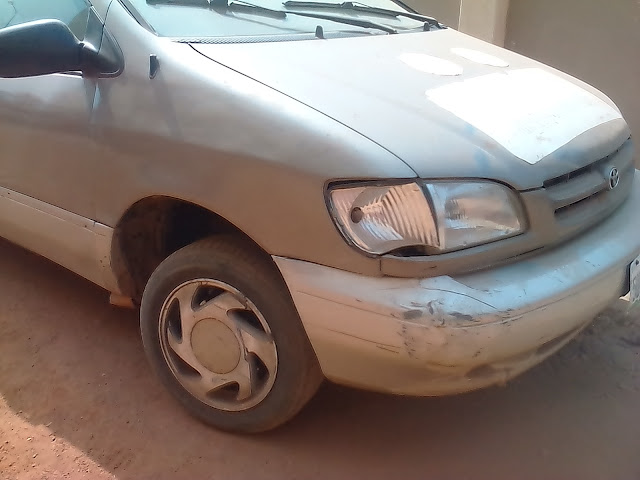