The Nigerian Vice-President, Prof. Yemi Osinbajo (SAN), has challenged judges on better case management to address the problem of slow justice dispensation.
He said despite the passage of the Administration of Criminal Justice Act 2015, criminal cases were still moving at a snail’s pace in the courts largely due to poor case management.
A statement on Wednesday quoted Osinbajo as saying this at a symposium organised last week in Abuja by a group, Initiative for Socio-Cultural Fairness and Equity, in conjunction with the Conference of Western Attorneys General Africa Alliance Partnership.
The Vice-President, according to the statement, was represented on the occasion by the Chairman of the Independent Corrupt Practices and other related offences Commission, Prof. Bolaji Owasanoye.
He maintained that once ministers in the temple of justice show more commitment to proper case management, the problem of delayed justice would have been largely solved, and this would, in turn, inspire confidence in the Nigerian legal system. 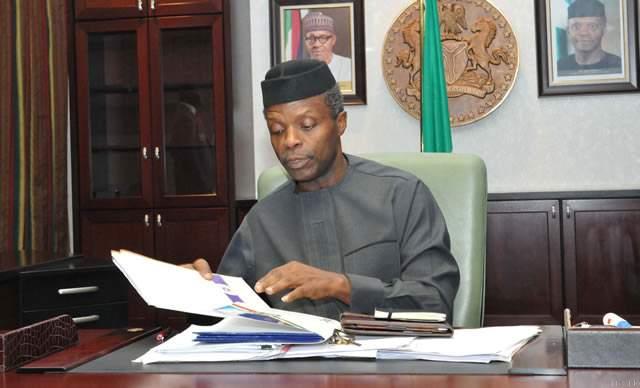