Vice President Osinbajo has visited Numan and Mubi, in Adamawa State, where many have died due to clashes between herdsmen and villagers.
Osinbajo on behalf of President Muhammadu Buhari in a statement condoled victims of the attack, promising permanent solution to same.
He said,
“VP Osinbajo arrives Yola airport after reports of communal violence in certain Adamawa villages. He is received by Gov Bindow, & first meeting is with the Lamido Adamawa & chiefs

“I’m here on Mr. President’s instruction, he wants a first hand report of what happened in Numan & Mubi earlier, says VP, highlighting a permanent solution would be worked out.

“He condoles victims & adds that impunity would not be condoned anymore regarding this conflicts.” 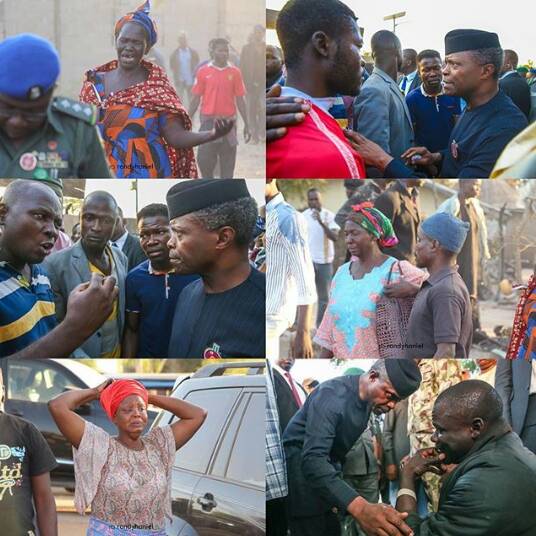