We reject slavery because of the brotherly bond that is innate. We studied nature and established science out of it, undoubtedly, it has benefited us tremendously. If someone hurts one of us, we are prone to avenge for our weak ones, we can’t stand the sting of hunger on our kin and brothers’, we can’t behold the decayed sight of our deceased, and we can’t watch our sisters being abused sexually, we make laws to promote peace and a better living, we have our weapons to contend energetically with anyone bent on bringing us down, we share, we care, we love and encourage the weak, we are together to form a great host, an unbreakable and impermeable bond.

Yet, we still mark our differences with indelible boundaries all in the name of culture, we indulge in things not real: we  discriminate against those of distinct faith, we criticize destructively, we propagate conflicts, quite saddingly,  we take things that are not worth a Naira to equate our blood.

Science was developed, technology was invented and continues to evolve stupendously on daily basis, human inductive and deductive reasoning became significant, and a deluge of other concepts over the years have been fabricated, all intended to enlighten the mind, eliminate ambiguities and foster academics, health and socioeconomic evolution. Education was made for us to acquire the hidden knowledge, yet, the yoke of our culture and belief has not been lifted, why?

This analogy will give an illumined picture of the threat culture poses to brotherhood: in China, a gift of clock or watch is considered bad luck as it symbolizes death or running of time, while in Nigeria it means something good; a head.

Black in Thailand symbolizes death and old age, while in Japan and some Asian countries, death and old age are connoted by white.
The Igbos, the second largest group of people living in southern Nigeria, for everyday wear men wear a cotton wrap (robe), a shirt, and sandals, while in some parts of the world it is  repelled.

In America, a female can wear a pant to the pool and is permitted by law to drive motor vehicles, but in a religious country like Saudi Arabia, where the females normally wear ‘niqāb,’ it is totally scandalous to wear a pant in public arenas. It will amaze you to know that females in Saudi Arabia are forbidden to drive motor vehicles, with the assumption that they are subjected to extreme mechanical vibration, which could yield to sexual euphoria. Nonetheless, it was categorically said recently in Saudi Arabia that women will be given the right to mobility, by 2018.

In many West African cultures, it is offensive to look squarely into the eyes of an elderly person while communicating. Rather, African people would bow their head, look down to the floor while speaking to a person as a sign of commitment and respect. To a European, avoiding eye contact is related to not telling the truth. Consequently, looking around, and not into the other person’s face, additionally gives the impression of being nervous.

In Nigeria, our multiethnic country, it is conventional for younger ones to stand while greeting the elderly ones in some tribes. In other tribes, a mild genuflection is acceptable; whereas in Yorùbá culture, it is a blatant sign of disrespect greeting an elderly person without prostrating(lying flat on the floor.)

CAN WE BE UNITED?

Culture can’t be taken away from us easily, for it is like a tree that has grown so deep into a rocky soil, extending astronomically in its height, width and weight.
But if we let the developed culture which is coined out of science and human inductive and deductive reasoning, the spell of culture can be obliterated.

Don’t be easily offended by an individual’s action, don’t be prone to retaliation, even in our daily activities and chat networks, the way we talk portray differences due to diversity in culture. So, don’t be easily offended by anything, understand culture, amicably find out the cause to every effect before uttering a word, because culture is complex. The power of belief and indoctrination is comparable to blood.

If anyone says to you: “you are stupid!” be happy and ask why he/she opined so. This question will lead you to the raw fact, and no doubt enable you reflect on your innermost self. Human is complex, an obnoxious behaviour, or perhaps, an insolent word from an individual might be due to a sheer transfer of aggression or perhaps a deviation from his/her belief system. Remain calm with all, because no normal man will behave in an absurd manner unless triggered by a specific reason, besides, Isaac Newton was right when he proposed that “Action and reaction are equal and opposite.”

We all could be referred to as end products of our progenitor- Abraham alias Ibrahim, so, in our continuous strive towards perfection and not neglecting pleasure, let us endeavour to overlook others weaknesses and appreciate their strengths, tender advice constructively, console dearly, give alms, act as though we are always watched, reciprocate respect, shun racial discrimination, desist from religious bigotries, love without boundary conditions, forgive without any atom of remembrance, dress with no latent intent on beguiling others, refrain from orchestrating chasm, conflict and war, and be resolute to help all and sundry, because we are all brothers!

Be Calm,
Be Good,
Be Kind,
Be Wise, and above all
Be a worthy brother. 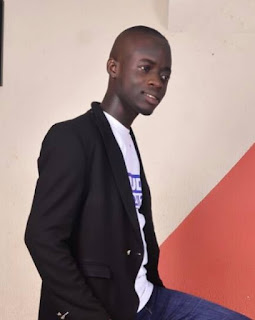