Researchers at the University of Oxford in the United Kingdom have published a paper, Darwin’s aliens, in the International Journal of Astrobiology arguing all alien life is subject to the same basic forces of natural selection as we are.
And those forces will likely mould evolution off-world the same way it has on Earth.
“There are potentially hundreds of thousands of habitable planets in our galaxy alone,” says lead researcher Sam Levin from Oxford’s Department of Zoology. “We can’t say whether or not we’re alone on Earth, but we have taken a small step forward in answering, if we’re not alone, what our neighbours are like.”
The Oxford researchers say past serious attempts to extrapolate how alien life could appear took a ‘mechanistic’ approach — taking what we see on our own world and combining it with our knowledge of chemistry, geology and physics. But we need to look beyond our own world to the forces that drive it, they say. 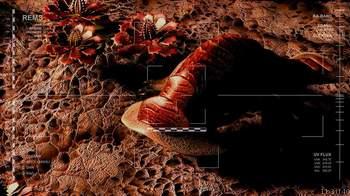