Rising global emissions of some chlorine-containing chemicals could slow the progress made in healing the ozone layer.
A study found the substances, widely used for paint stripping and in the manufacture of PVC, are increasing much faster than previously thought.
Mainly produced in China, these compounds are not currently regulated.
Experts say their continued use could set back the closing of the ozone hole by up to 30 years.
Scientists reported last year that they had detected the first clear evidence that the thinning of the protective ozone layer was diminishing.
For a long time, scientists believed that both these compounds would decay before getting up as far as the ozone layer.
However, air samples analysed in this new study suggest this view may be mistaken and these destructive elements are getting there quicker and doing more damage than thought. 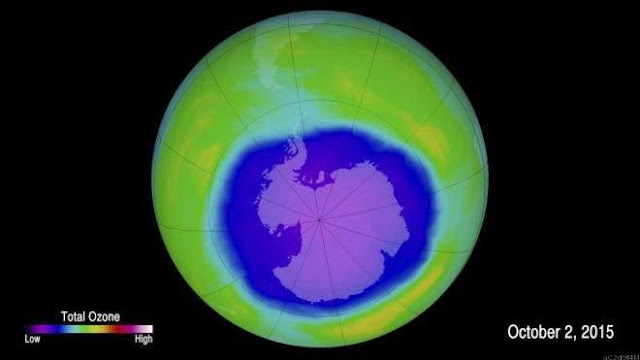