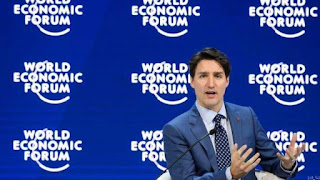 An Asia-Pacific trade pact that US President Donald Trump ditched last year is expected to be signed in March. Eleven countries will meet in Chile in March to ink the agreement, which is known as the Trans-Pacific Partnership (TPP) and is championed by Japan. One of the world’s largest trade agreements, it was boosted on Tuesday when Canada said it would join.

The country had refused to sign an earlier version over concerns about environmental and labour protections. The new TPP also includes Australia, Brunei, Chile, Malaysia, Mexico, New Zealand, Peru, Singapore and Vietnam. China is not included in the pact, which was conceived in part as a way to counter the country’s surging power in Asia.

Japanese Economy Minister Toshimitsu Motegi said the agreement will be an “engine to overcome protectionism” emerging in parts of the world. He added Japan would explain the importance of the deal to Washington in hopes of persuading the US to join.