Pakistan is more dangerous than North Korea as it does not have a centralised control on its nuclear weapons, making them vulnerable to theft and sale, a former top American Senator warned, describing both the nations as rogue states.
Larry Pressler, who served as chairman of the US Senate’s Arms Control Subcommittee, feared that Pakistan’s nuclear weapons might be used against the US, warning the possibility of someone buying these nuclear weapons from generals or colonels.
“I consider Pakistan more dangerous than North Korea in the sense that Pakistan don’t have a centralised control of their nuclear weapons,” Pressler said while discussing his latest book ‘Neighbours in Arms: An American Senator’s Quest for Disarmament in a Nuclear Subcontinent’. One should pay attention to what Pressler said that while he started out by being critical of the nuclear programme of everybody it was Pakistan’s repeated inability to keep the promises that made him particularly critical,” he said.
“The Pakistani nuclear bombs are not controlled. They are subject to sale or stealing and they could be easily gotten out of Pakistan to just about anywhere in the world,” he said. 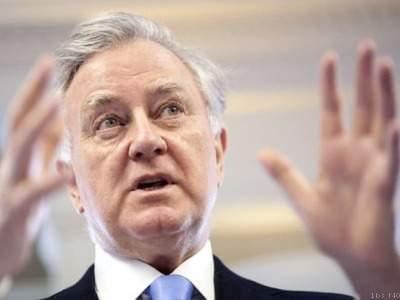