Panama’s president declared Wednesday a national holiday after the country secured World Cup qualification for the first time in their history.
Hernan Dario Gomez’s men looked set to miss out on even an intercontinental play-off spot as they were level 1-1 with Costa Rica in Panama City, the hosts having equalised as Gabriel Torres’ close-range effort cancelled out Johan Venegas’ opener for Costa Rica.
That effort proved controversial as the ball looked to have failed to cross the line, but it appeared it would be inconsequential with the draw not enough to overhaul United States and Honduras beating Mexico 3-2.
But, three minutes from time, Roman Torres sent Estadio Rommel Fernandez into delirium, the defender bursting on to a header forward and lashing the ball home to make history for Panama at the expense of USA, who lost 2-1 to Trinidad and Tobago.
Panama progress to the finals, while Honduras’ victory sends them into a play-off with Australia, and president Juan Carlos Varela has elected to let the country celebrate the historic moment for a further 24 hours.
UCJ, UNILORIN. 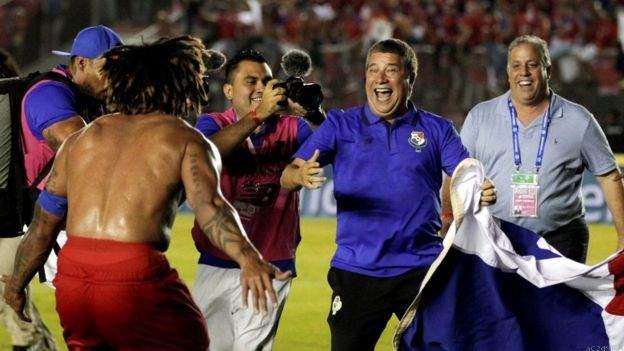