Theresa May has refused to commit to a public register of the ownership of offshore companies and trusts in the wake of the Paradise Papers revelations but said new measures were already creating more transparency.
Leaked papers revealed that millions of pounds from the Queen’s private estate have been invested in a Cayman Islands fund as well as showing that the Conservative donor Lord Ashcroft used an offshore trust to shelter wealth.
The prime minister, asked at the CBI annual conference if she would finish the work of her predecessor, David Cameron, by creating a new transparent register, said the UK had been leading reforms.
“We have been continuing the work that David Cameron started; he started it not just for the UK but on the international stage as well and that’s important,” she said.
HMRC had collected £160bn more in tax revenue since 2010, said May, adding: “There is already work that is being done to ensure greater transparency in the dependencies and British overseas territories and we continue to work with them. HMRC is already able to see more information about the ownership of shell companies for example so they can ensure that people are paying their tax. We want people to pay the tax that’s due.” 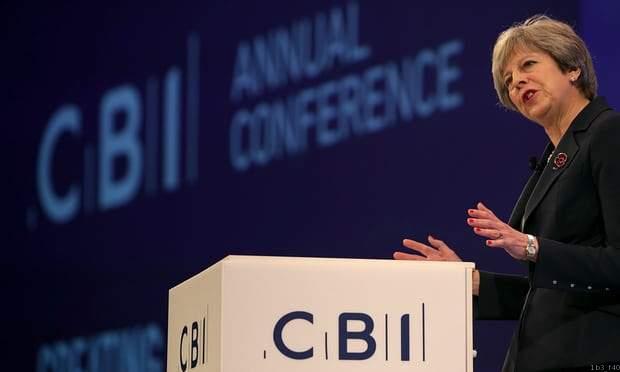