The Pentagon has been running a secret multi-million dollar programme to investigate Unidentified Flying Objects (UFOs).
Only a small number of officials were aware of the programme, which began in 2007 and was reportedly closed in 2012.
The Advanced Aerospace Threat Identification Programme was the brainchild of Harry Reid, a retired Democratic senator who was the Senate majority leader at the time.
He that he was not embarrassed or ashamed or sorry that he started the program and said he did something that no one has done before.
Mr Reid, the former senator for Nevada which is home to the mythologised “Area 51” classified US Air Force base, later clarified online that the programme was a serious effort to get to truth amid “plenty of evidence to support asking the questions.” 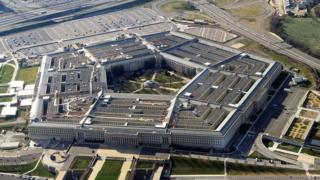