Congratulations are in order for Pink – she has scored the biggest album sales week of the year in terms of traditional album sales!
The 38-year-old singer sold 384,000 copies of her new album Beautiful Trauma. The full equivalent album units number, which includes streaming and individual song purchases, pushes the album to 408,000 equivalent album units, according to Billboard.
This is the biggest sales week for a female artist since Beyonce’s Lemonade dropped in May 2016.
Fans who bought a ticket to her upcoming tour were given a code to redeem the album as part of their ticket price. 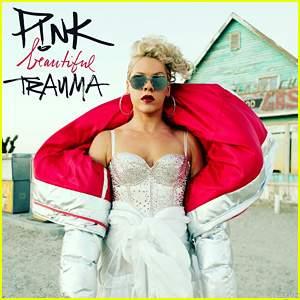