The plague outbreak in Madagascar continued to spread at unprecedented rates, with 57 deaths and more than 680 cases.
The latest figures are from October 12. An estimated 329 of these cases, and 25 deaths, were in the capital, Antananarivo.
The cases, reported by both the World Health Organization (WHO) and the National Bureau for Risk and Disaster Management (BNGRC) in Madagascar, include probable and suspected cases as well those that have been confirmed by laboratory tests.
An international response is being mustered to support the Madagascar Ministry of Public Health, with contributions from the UK Public Health Rapid Support Team, WHO, the US Centers for Disease Control and Prevention, Medecins Sans Frontieres (Doctors without Borders), the Institute Pasteur and many others, said Bausch.
The Red Cross has released more than $1 million to deploy a treatment center and has mobilized more than 1,000 volunteers and is upgrading their skills on community surveillance, finding and monitoring people who have been in contact with infected patients and insightful messaging to stop the spread of this disease.
Of the 684 cases reported as of October 12, 474 were pneumonic plague, 156 bubonic and 1 septicemic plague.
A further 54 were unspecified, according to WHO. Of Madagascar’s 114 districts, 35 have reported cases of plague, including at least 10 cities.
UCJ, UNILORIN. 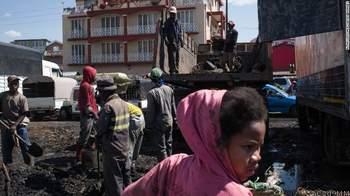