Mauricio Pochettino admits Gareth Bale could return to Tottenham from Real Madrid at some stage, saying “you never know in football”.
The Wales international left Spurs for Spain as part of a record-breaking transfer in the summer of 2013.
Early success was enjoyed with Madrid, with Bale now boasting a La Liga title and three Champions League crowns, but injury struggles have blighted his time away from British soil.
A homecoming has been mooted for some time, with Manchester United being heavily linked with a big-money approach, but Pochettino concedes the 28-year-old may end up back in north London.
Quizzed on a potential switch, the Argentine coach told reporters: “I saw him in Madrid when we played there.
“Always he keeps in contact with the people here that he worked with in the past. But then I don’t know because I don’t have a close relationship with him or his people.
“Of course he is a fantastic player and you never know in football what can happen.” 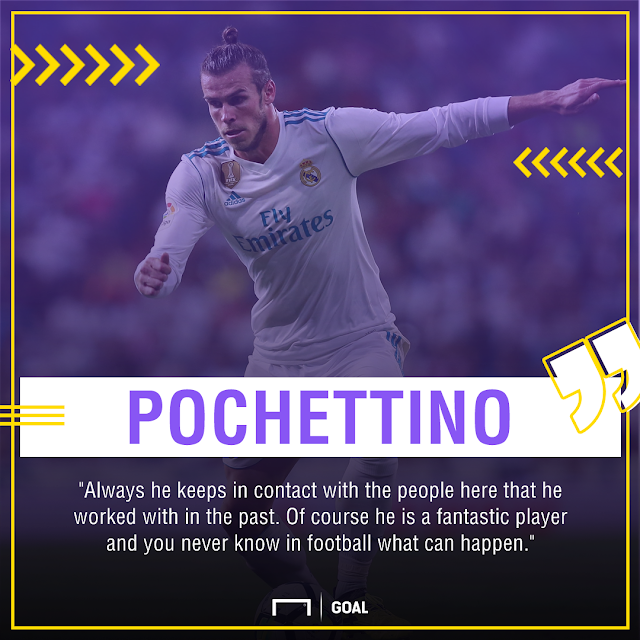