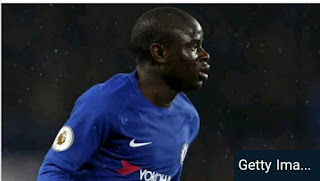 Kante, who led Leicester City to a remarkable Premier League title success two seasons ago, helped Chelsea to the top-flight crown in 2016-17.

Kante, who finished eighth in the Ballon d’Or behind record-equalling winner Cristiano Ronaldo, also took out Chelsea’s Players’ Player of the Year award.