The Polish government has accused EU Council President Donald Tusk of “attacking Poland” after he voiced alarm at the government’s policies.
“Today, by using his position to attack the Polish government, he is attacking Poland,” Prime Minister Beata Szydlo tweeted.
Her nationalist government has been in power for two years.
Earlier Mr Tusk, a former Polish prime minister, linked her government to a “Kremlin plan”, without elaborating. The two leaders have long been rivals.
Ms Szydlo’s Law and Justice Party (PiS) is in dispute with the European Commission on several fronts: its refusal to accept refugees under an EU relocation scheme; its encouragement of logging in an ancient forest; and its refashioning of Poland’s media and judiciary. The commission accuses PiS of jeopardising EU rule of law values.
In a tweet in Polish on Sunday, Mr Tusk. a centre-right liberal, said: “Alarm! Severe dispute with Ukraine, isolation within the European Union, departure from the rule of law and judicial independence, attack on the nongovernmental sector and free media. Is this a Law and Justice strategy or a Kremlin plan? Too similar to sleep peacefully.” 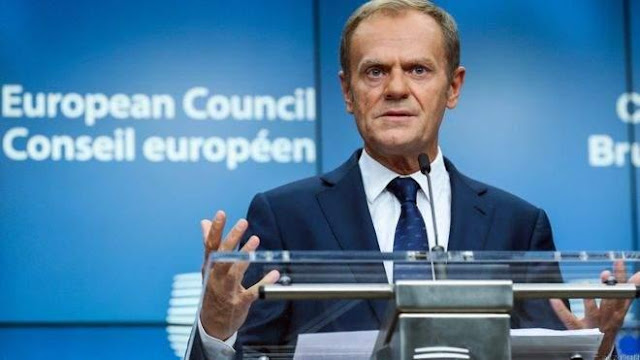