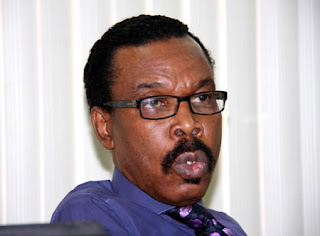 The Managing Director of Financial Derivatives Company Limited, a local research and investment firm, Mr. Bismarck Rewane, speaks on the economic policies and events that defined 2017 and projections for 2018, in this interview with 2017 was an interesting year for Nigeria.

The average cost of borrowing has remained high at 25-27 per cent pa while Nigerian Interbank Offered Rates oscillated within a wide range of 2-148 per cent (OBB, O/N) depending on the level of liquidity in the system.

Treasury bills, on the other hand, have declined from an average yield of 16-18 per cent (across all tenors) to 10-15 per cent in the secondary market; an indication of a likely reduction in the benchmark interest rate.

There was minimal disruption to the pipelines and gas supply. This resulted in an increase in Nigeria’s oil output from 1.55mbpd in January to 1.79mbpd (November). These figures are net of condensates.

In 2017, the estimated average supply of on-grid power was within the range of 3,500MW- 3,800MW. There were peaks and troughs in the year; some resulted from seasonality, while others resulted from constraints.

Productivity is also estimated to have improved, thanks to a reduction in bottlenecks. No data has been released from the National Bureau of Statistics on productivity. However, it is expected that positive growth numbers, increased government focus on infrastructure and improving the ease of doing business will have a positive impact.